CMV is the most common nongenetic cause of congenital sensorineural hearing loss, occurring in one out of every 100-150 live births.

About three in 1,000 infants are born with sensorineural hearing loss (SNHL) annually. The most common nongenetic cause of this is cytomegalovirus (CMV), which is the most common congenital infection worldwide. Congenital CMV (cCMV) can cause a range of other birth defects as well. Overall awareness for cCMV is low, but efforts for education and screening protocols are on the rise.

CMV is a common virus, causing only mild flu-like symptoms or no symptoms at all in most healthy individuals. About 50%-80% of the population in developed nations have been previously infected, with essentially 100% of the population in low- and middle-income countries. In the United States, there is a 2% risk of infection annually. Some people are at increased risk of serious infection from CMV, like HIV/AIDS patients, transplant patients, or unborn babies. About one in every 100-150 babies born has cCMV.1 Most babies born with cCMV do not have any symptoms or only have SNHL. Babies with symptomatic cCMV may be born with a small head, neurological issues, vision loss, liver or lung problems, low birth weight, or a rash.

CMV is passed through body secretions, like saliva or urine. It is commonly spread among toddlers; thus, parents and childcare workers are at increased risk of infection, about 5-10 times more than the general population. Preventive techniques, including practicing good hand hygiene, not sharing food or utensils with toddlers, and avoiding kissing on the cheeks or lips, can help lower the risk of transmission.

CMV can also be passed from the mother to the developing fetus at any time in pregnancy. This can occur if a mother who has never had CMV before is infected in pregnancy with CMV (primary infection). However, even if a mother has had CMV before, infection can occur by a different strain of CMV or reactivation of the virus (non-primary infection). Transmission risk to the fetus is highest with primary infection. Transmission risk increases from first to third trimester, but the risk of symptomatic cCMV for the fetus decreases each trimester.

Testing for CMV is done via saliva, urine, or blood (serum) testing. A positive urine CMV test in the first three weeks of life is diagnostic for cCMV. If a saliva test is positive, a urine test must be done to confirm cCMV as maternal antibodies can pass through in the breastmilk and lead to a false positive result in a breastfeeding infant.

Beyond three weeks of life, testing must be confirmed using the dry blood spot (DBS), or the heel stick that is obtained in the first 24-48 hours of life for testing of other metabolic or endocrine conditions. Otherwise, cCMV cannot be diagnosed as the infection may have occurred postnatally, or after birth. The DBS testing for CMV has a high specificity, but in the past, test sensitivity was low. Sensitivity has increased with improved DNA extraction techniques and now can be around 80%. The amount of time DBS is kept differs by state, so DBS availability is also a limitation in testing.

In the U.S., legislative efforts have been made to establish education and screening protocols for cCMV (Figure 1). Certain states, including Colorado, Hawaii, Idaho, Illinois, Iowa, Kentucky, Minnesota, Nebraska, New York, Oregon, Texas, and Utah, have laws mandating education for pregnant mothers and/or healthcare workers. Despite the high incidence of cCMV, awareness is low (Figure 2). Incidence of cCMV is greater than the combined incidence of all metabolic and endocrine disorders in the current U.S. core screening panels. Raising awareness as well as promoting preventative techniques (Figure 3) is the intent of the education laws.

Many institutions have developed standardized monitoring regimens. One suggested algorithm includes close monitoring every three months until age 3 years, then annually.2 After the age of 6 years, the risk of hearing loss progression is significantly lower.

Antiviral treatment with intravenous ganciclovir or its oral prodrug valganciclovir is standard for prevention of CMV infection in transplant patients or treatment of CMV retinitis in AIDS patients. It is recommended for symptomatic cCMV newborns and has been shown to help with developmental and hearing outcomes. The goal is to start the medication within one month of life and continue it for six months.3 However, frequent blood testing is required due to risk of myelosuppression, a decrease in white or red blood cell or platelet levels.

Studies have also investigated treatment of pregnant mothers infected with CMV. A multicenter trial assessed the use of hyperimmune globulin (CMV-IVIG) to treat pregnant mothers who became infected in the first trimester. However, this did not show improvement in fetal outcomes.4 Treatment of this population with valganciclovir appears more promising.

Vaccines for CMV have been under development since the 1970s and are now in clinical trials. CMV vaccination was given the highest priority by National Academy of Medicine in 2000. The newest vaccines being trialed are geared toward surface protein glycoprotein B (gB) and pentameric complex on the surface of the virus. Studies have established safety and current phase 2 trials seek to establish efficacy.5 The target population of current trials includes women who have not previously been infected.

Ultimately, cCMV is the cause of about 25% of childhood hearing loss. Despite its incidence, awareness remains low among the public and healthcare workers. Legislative efforts exist to raise awareness and preventative techniques via education and increase testing via screening mandates. Future efforts for improved preventative techniques, early treatment, and improved testing techniques will hopefully reduce the burden of disease. 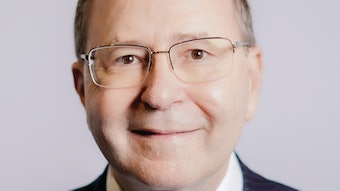 As we strive for enhanced content delivery to members, we continue our other ongoing efforts in the advocacy realm for you, your practice, and your patients. 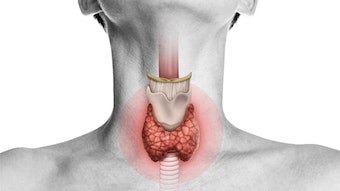 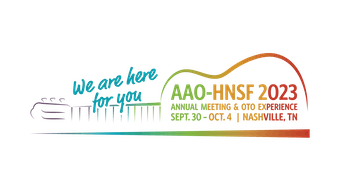 #OTOMTG23 for the CME ENThusiast

An idea is born through committee engagement and participation. 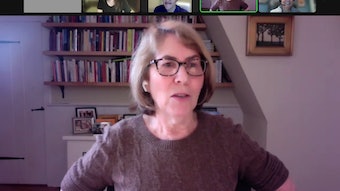 Enjoy, Engage, and Enlighten with the WIO Leadership Library

Access a wide variety of more than 20 books and articles read and summarized by WIO members. 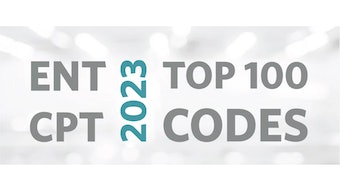 Check out these two new resources for coding. 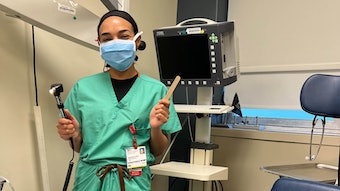 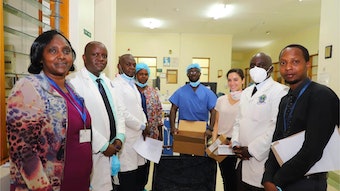 In October 2022, I traveled to Eldoret, Kenya, with George Kurien, MD, a fellowship-trained neurotologist and one of my attendings at the University of Vermont Medical Center.

Learn more about the anatomy of otolaryngology clinical quality measures. 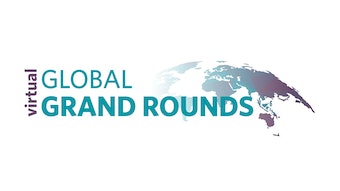 First in the 2023 series, “Endoscopic Sinus Surgery: Technique and Strategy to Optimize Patient Outcomes.” Register for this free webinar today! 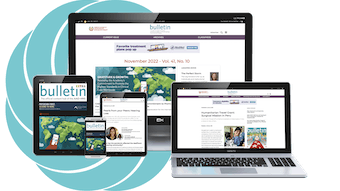 READ ALL ABOUT IT: Bulletin Transitions from a Print and Digital Publication to DIGITAL ONLY in 2023 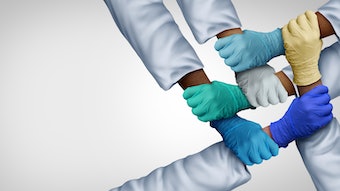