From the Education Committees: Skin Prick Testing for Environmental Allergens

Allergic rhinitis is a common problem and is estimated to impact approximately 35% of the general population. With such a high prevalence and multiple manifestations of the disease in the head and neck, it is not a surprise that allergic rhinitis is encountered frequently by otolaryngologists.

Christopher Brook, MD, for the Rhinology and Allergy Education Committee

Allergic rhinitis is a common problem and is estimated to impact approximately 35% of the general population.1 With such a high prevalence and multiple manifestations of the disease in the head and neck, it is not a surprise that allergic rhinitis is encountered frequently by otolaryngologists. One survey found that about 54% of otolaryngology practices provide immunotherapy either in subcutaneous or sublingual form for their patients.2 The diagnosis of allergy is made by taking a focused history with association of allergic triggers and symptoms. In the absence of a historical diagnosis, that value of specific allergy testing is limited given that allergen sensitization often occurs in patients without allergy symptoms.3 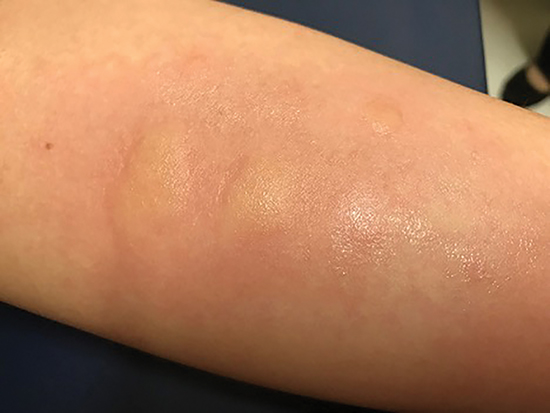 Allergy testing techniques are widely debated, with practitioners diagnosing, treating, and prescribing immunotherapy based on skin prick testing, in vitro testing, and intradermal testing.4 All three techniques provide different advantages and disadvantages and can be used to safely test and treat aero-allergen sensitivities effectively. Skin prick testing uses an application device that pierces the epidermis and applies a small amount of allergen. A whealing response is then read 15–20 minutes later to determine the results (Figure 1). Intradermal testing involves application of antigen directly into the dermis, which increases the sensitivity of testing but can also lead to more discomfort and higher rates of false positive testing. Intradermal testing can be performed in a dilutional technique and can also be performed in a blended technique (known as modified quantitative testing or MQT) with skin prick testing to quantitate the degree of sensitivity and identify a safe starting dose for immunotherapy. Finally, in vitro testing can be used to measure the amount of circulating IgE antibodies to a specific antigen.5

Skin prick testing is the most commonly used technique in most allergy and otolaryngology practices according to surveys,6 likely stemming from ease of use and immediate results gained after testing. There is ample evidence that skin prick testing is accurate for specific allergy testing, faster than intradermal testing, more comfortable than intradermal testing, less likely to cause systemic reactions, and cheaper than in vitro testing.3 Disadvantages are that there is less sensitivity than intradermal dilutional testing and that skin prick testing does not necessarily provide information on the relative degree of sensitivity.3 By basing immunotherapy on skin prick testing alone, assigning an “endpoint” to determine the starting dose of immunotherapy can be challenging due to the nonquantitative nature. Therefore, many practitioners utilize a very conservative starting dose or “endpoint” that is considered safer but leads to longer periods of escalation during immunotherapy treatment (due to a more conservative starting dose).

Practitioners must make their own decisions regarding the tradeoffs between rapid and safe skin prick testing but longer periods of escalation to get to maintenance immunotherapy dosing. This is in contrast to intradermal testing or MQT, which provides more quantitative starting points (and therefore faster escalation) but is more time-consuming to perform. This can also be contrasted with in vitro testing, which is more expensive and requires a delay between testing and obtaining results

Ultimately, the decision of testing technique lies with the individual practitioner, and all forms discussed in this article are acceptable with their own advantages and disadvantages.5

Guidance for Return to Practice for Otolaryngology-Head and Neck Surgery

Changes Are Coming to E/Ms Starting in 2021 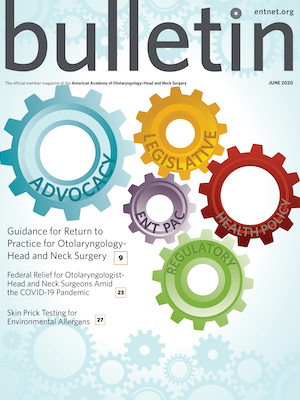 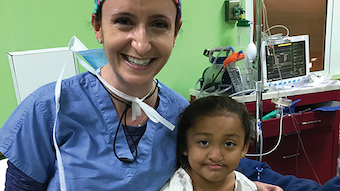 Thanks to the generous support from the AAO-HNSF Humanitarian Travel Grant, I had the opportunity to serve the people of Corozal, Belize, in February. I traveled with Partners for Belize, a group that has been helping the people of Corozal for over 10 years. Corozal has an underserved and predominately rural population of 90,000 in northern Belize. 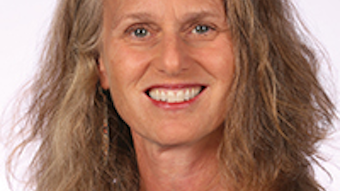 Congratulations! Now that you have recruited an advanced practice provider (APP), we will review the final crucial steps for successful integration into your practice—onboarding tips and optimizing financial relationships. In the prior three APP Bulletin articles in this series, we reviewed APP training and scope of practice, the benefits of working with APPs, and recruitment and contracting.

During this unprecedented season of social distancing and significant restrictions in patient care as a result of the coronavirus pandemic, it is easy to feel helpless in finding ways to help our patients and our communities. Without question, our systems for delivery of otolaryngic and allergy care to our patients will change as a result of this pandemic. 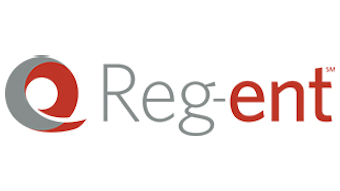 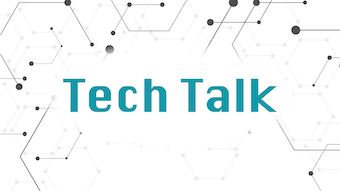 Since the outbreak of the coronavirus pandemic, business continuity has been on a lot of people’s minds. To comply with social distancing many organizations were forced to move to teleworking almost overnight. Staff having remote access to their programs and data is essential for continuing operations. Business continuity demands that IT resources be cloud-based. But what is the cloud? The purpose of this article is to explain and demystify this modern service paradigm. 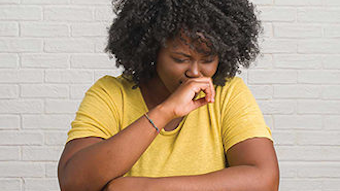 Patients with throat discomfort are frequently seen in otolaryngology clinics, with population-based studies from the United States reporting 12.5% of otherwise healthy people reporting globus, reaching as high as 46% in some series. Distinguishing globus—first described by Hippocrates 2,500 years ago—from bona fide swallowing impairment can be challenging. 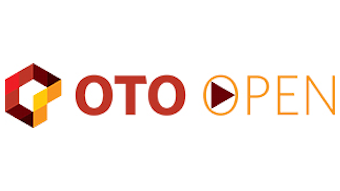 How to Identify and Protect Yourself Against Predatory Journals

Members are always encouraged to collaborate and share your research, findings, and thought leadership with the otolaryngology specialty at large. You may even receive unsolicited invitations to submit your research to a new, open access journal or to join a new editorial board. Unfortunately, not all of these “opportunities” are legitimate and do not ultimately promote the science and practice of medicine.

The arrival of the novel coronavirus, COVID-19, in winter 2020 marked a watershed moment in international healthcare. As information began to circulate about the rapidly expanding pandemic, it became clear early in its expansion that this respiratory virus would have a significant impact on otolaryngologists and their patients. 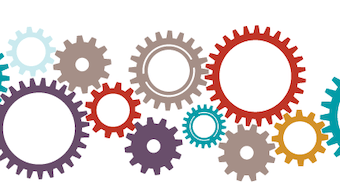 As the novel coronavirus has spread in communities across the United States, the AAO-HNS has fiercely advocated for relief for otolaryngologist-head and neck surgeons on the federal level. With the steadfast support of AAO-HNS members through grassroots advocacy, the Academy has worked to negotiate on behalf of the specialty to ensure that our members and the patients they serve are protected during this unprecedented time.

The Power of Project 535

There are few tools more powerful than direct advocacy between a constituent and a member of Congress. Project 535 was established in 2015 by the Board of Governors in order to create an avenue for AAO-HNS members to get involved in direct advocacy on issues which significantly impact our specialty. 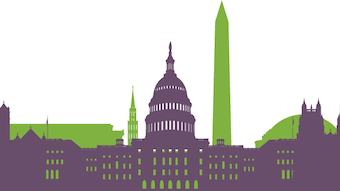 Advocacy in Action: A Win for Children in Virginia

Working over a holiday weekend in January, the AAO-HNS, the Virginia Society of Otolaryngology, and the Virginia Chapter of the American Academy of Pediatrics coalesced to inform Commonwealth of Virginia legislators of their significant concerns surrounding SB 423, a bill to require health insurance coverage of hearing aids for minors.

The AAO-HNS is actively engaged in private payer advocacy efforts to ensure coverage and reimbursement of procedures provided by our members to improve health outcomes. The Academy relies on multiple avenues to identify coverage topics for advocacy prioritization. 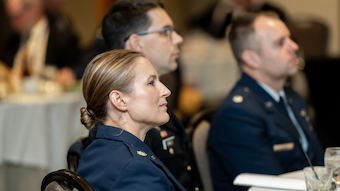 The AAO-HNS Trauma Committee and the Society of Military Otolaryngologists (SMO) Annual Symposium will present continuing medical education (CME) sessions starting at 5:00 pm, Saturday, September 12, at the AAO-HNSF 2020 Annual Meeting & OTO Experience in Boston. The education sessions include a panel discussion on rehabilitation of facial paralysis and a lecture on facial transplantation.

The AAO-HNSF 2020 Annual Meeting & OTO Experience theme, “Bringing Together the World of Otolaryngology,” takes on a new meaning as the world strives to overcome the unprecedented COVID-19 pandemic. 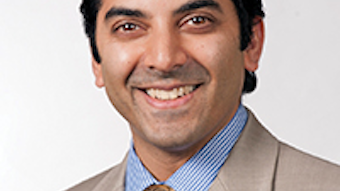 Anand K. Devaiah, MD, is director of the Biomedical & Health Technology Development & Transfer Domain at the Institute for Health System Innovation & Policy (IHSIP). He is an associate professor in the Department of Otolaryngology – Head and Neck Surgery, with joint appointments in Neurological Surgery and Ophthalmology at the Boston University School of Medicine and Boston Medical Center. His clinical interests center around skull base surgery, including endoscopic approaches to the cranial base. 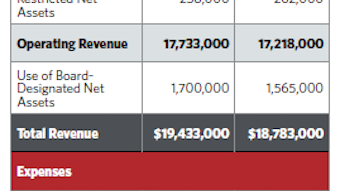 The Executive Committees (ECs) of the Boards of Directors (BODs) were presented with the Finance and Investment Subcommittee (FISC) proposed budget for the next fiscal year, July 1, 2020–June 30, 2021 (FY21), and endorsed it for approval by the BODs. During their May meeting, the BODs reviewed and conditionally approved the FY21 budget that is presented here to the membership. 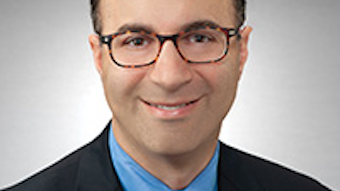 This past year, the AAO-HNSF Education Committees and Foundation staff have been working to develop an ambitious new program set forth by the Future of Education Task Force to propel our Foundation education agenda forward for the next five to 10 years. This program, the Academy’s new flagship education product, is FLEX—Focused Lifelong Education Xperience. It will replace the Home Study Course, which is sunsetting this year after more than three decades. 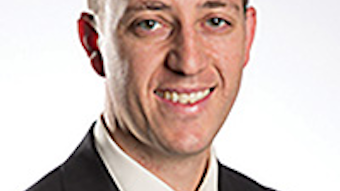 Together We Are Stronger

Sitting sequestered in my home after a shortened day of work due to the COVID-19 pandemic, mixed feelings persist. Sadness looms given the amount of sickness and mortality that has stricken the world, but the amount of self-reflection, quality time with my wife and kids, and even exercise (yes, it does exist) that has occurred over the past three weeks has been a refreshing change. 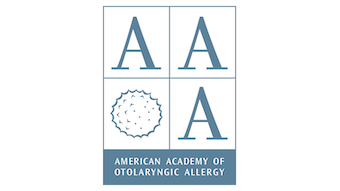 Building off of Simon Sinek’s Start with Why: How Great Leaders Inspire Everyone to Take Action (2011) at our recent strategic retreat, the American Academy of Otolaryngic Allergy (AAOA) leadership focused on how to engage members, what drives members, and what the AAOA can do to meet member needs.

The AAO-HNSF call for nominees for Chair-elect of the International Advisory Board (IAB) was highly successful and resulted in the selection of Muaaz Tarabichi, MD. 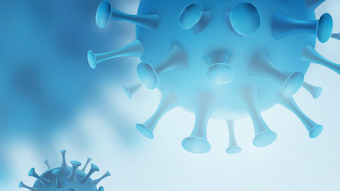 Hindsight is 2020: Lessons on Racial Health Disparity during the COVID-19 Pandemic

As cities across the globe were gearing up in the fight against SARS-CoV-2, New Orleans, LA, was deep in the festivities of Mardi Gras. In the weeks that followed the traditional March event, something disastrous was unfolding. Hospitals around the world were becoming overrun by the novel virus, and New Orleans noticed the number of cases quickly rising. 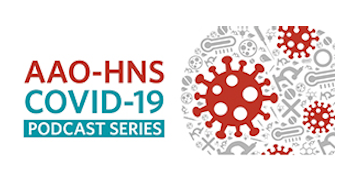 Individual and System Well-being: How Do We Resume Caring for Others during and Post Pandemic?

The insightful article “Peer Support: Taking Care of Ourselves and Each Other,” by Jo A. Shapiro, MD, in the May issue inspired us to focus on four core principles during and after the COVID pandemic: 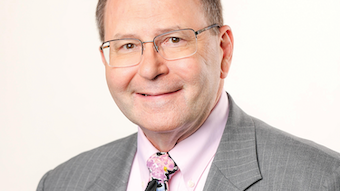 Emerging from the Pandemic with Lessons Learned to Impact Change

I have spent considerably more time during the last three months reading about, researching, and commenting on viral disease than in the previous 40+ years of my medical career. The current COVID-19 pandemic lately has focused my interest on several aspects related to the consequences of this widespread, easily transmissible virus that happens to be highly concentrated in areas of our primary expertise, the nose, nasopharynx, and pharynx. 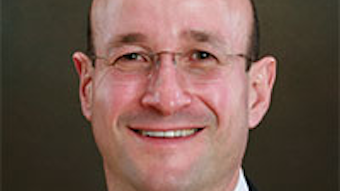 The Future of Otolaryngology ­-­ Emerging from the Fog of War 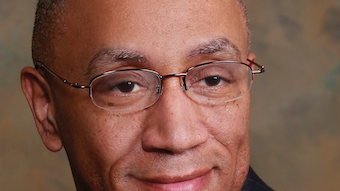 Finding Our Way ­-­ Choosing Your Path and Understanding the Journey

Clinging to clichés that include “silver linings” or “lemons to lemonade” seems challenging at best these days; however, daily we are becoming more equipped to find our way sustained by optimism, positivity, and hope that we will get through this.