“Epistaxis” is another word for nosebleed, which can commonly occur in children. About 64 percent of children aged 11 to 15 years have had at least one episode of epistaxis. The most common cause is a ruptured blood vessel on the nasal septum, the part that divides the nose into the right and left nostrils. Though pediatric epistaxis is common, it has been shown to induce significant amounts of stress for both parents and children.

“Epistaxis” is another word for nosebleed, which can commonly occur in children. About 64 percent of children aged 11 to 15 years have had at least one episode of epistaxis. The most common cause is a ruptured blood vessel on the nasal septum, the part that divides the nose into the right and left nostrils. Though pediatric epistaxis is common, it has been shown to induce significant amounts of stress for both parents and children.

The vast majority of pediatric nosebleeds originate from the anterior portion of the nose, with very few coming from the posterior portion. Two of the more common causes of epistaxis in children involve digital trauma (i.e., picking their nose) or chronic irritation of the lining of the nose due to colds or allergies. These are often spontaneous and rarely severe enough to require a trip to the emergency department or hospital, so a lot of emphasis is put on measures to prevent the nosebleeds. Suggestions for prevention include humidifying the air in the home by using a cool mist humidifier in your child’s bedroom, using nasal saline sprays several times a day, or local application of Vaseline or other ointments (Aquaphor, polysporin, etc.) in the nostrils at bedtime.

What to do if nosebleeds don’t stop or keep recurring?

If your child’s nosebleeds continue to recur despite these preventive measures, then a clinic appointment with an ENT may be appropriate to help determine the underlying cause. It will be important to let your physician know any family history of bleeding disorders (if known), nasal trauma, recent sinusitis, and all medications, such as nasal steroid sprays (Flonase, Nasonex, etc.), that your child is taking. While at the otolaryngologist’s office, they will be able to look in your child’s nose and potentially visualize a source of the bleeding. These sources include fragile blood vessels or even foreign bodies that the child may have placed in their nose. When looking in the nose, otolaryngologists often use a small camera called an endoscope to visualize past the front of the nose. During this appointment, the otolaryngologist can also perform cauterization to the anterior part of the nose if a bleeding source is identified while in the office setting. This is typically done with numbing solution, so the patient doesn’t feel it.

Go to www.entnet.org/CPG for more.

If your child’s nosebleed does not stop after 20-30 minutes despite attempts at direct pressure and over the counter oxymetazoline, then you should strongly consider taking them to the emergency department (ED). To get the bleeding to stop, dissolvable nasal packing may be placed in order to apply direct pressure to the bleeding. As in the clinic setting, cautery may also be performed in the ED to get the bleeding to stop. Very rarely do children have to be admitted to the hospital or taken to the operating room due to epistaxis, as this usually happens only with the most severe bleeding episodes. If you have questions or would like more information on this topic, please see www.ENThealth.org.

For more information about nosebleeds, such as causes, treatments, and tips to prevent them, go to ENThealth.org.

Anterior rhinoscopy may augment the physician examination and guide treatment. 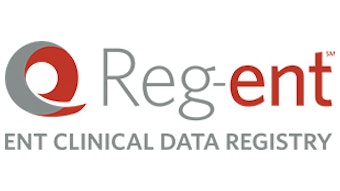 How to Champion the Reg-ent Registry in Your Institution

Need help getting your colleagues and/or leadership team on board with joining the Reg-ent registry? Here are a few key steps to help you get your organization signed up and started with Reg-ent. 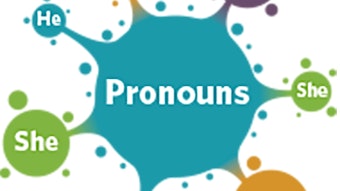 Out of Committee: Diversity and Inclusion – Why Pronouns Matter

All providers aim to build rapport with patients, and that process begins with the first greeting. For transgender patients, an important part of that rapport includes getting their preferred name and pronoun correct. The easiest way to achieve this is by just asking the patient. 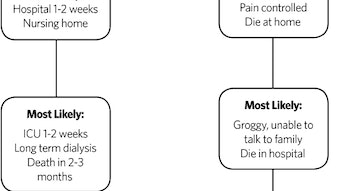 What Matters in the End: Care at the End of Life in Otolaryngology

Often otolaryngologists do not discuss dying with their patients, as their traditional role is to prolong and improve life. Over the past few decades, there has been an explosion of interest in popular culture about end-of-life care. 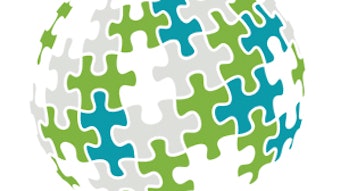 Weaving the World of Otolaryngology: Your Academy Around the World

“Weaving the World” aptly describes the growth of the AAO-HNSF global outreach and some remarkable gains. It is appropriate that we acknowledge the legends in our specialty. Eugene N. Myers, MD, FRCS (Edin), and KJ Lee, MD, continue to lead, educate, and inspire future generations.

LaKeisha R. Henry, MD, holds the rank of Colonel in the U.S. Air Force (USAF) and currently serves as Division Chief at the Department of Defense Hearing Center of Excellence (HCE), located in the Wilford Hall Ambulatory Surgery Center at Joint Base San Antonio-Lackland, Texas. HCE is part of the Defense Health Agency and is a collaborative effort with the Department of Veterans Affairs. 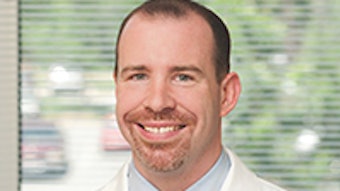 Kids, Family, and the BOG

I cannot help but think about my kids and my family as I write this article for Kids ENT Health Month. I have four little people who rely on me for love, shelter, and nourishment (mind, body, and soul). I think about them every time I leave for my job in the morning, travel for work on weekends, or participate in AAO-HNS/F activities, whether they be across the country or closer to my home in Virginia where the Academy has its headquarters. 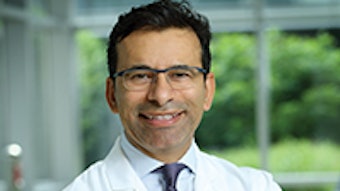 Martin Makary, MD, MPH, will be the general session keynote speaker at the AAO-HNS/F 2020 Leadership Forum & BOG Spring Meeting. Dr. Makary is a healthcare futurist, Johns Hopkins surgeon, and professor of health policy. He is a frequent medical commentator on NBC and FOX News and a leading voice for physicians, writing for The Wall Street Journal and USA Today. 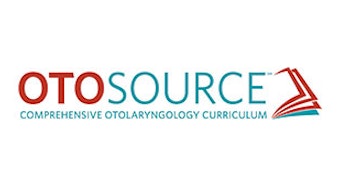 Explore the difference in care between pediatric and adult patients in the OTOSource Pediatric Otolaryngology unit. Multiple modules and surgical videos cover topics from general care to specific conditions, such as anesthesia techniques, hearing loss, GERD, and OSA, among others. 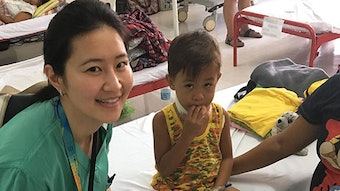 After three plane rides, one ferry ride, two bus rides, and 36 hours of travel, our team of morethan 20 people from Kansas City made it to Calapan City on Mindoro, an island of the Philippines. I was fortunate to join The World Outreach Foundation of Kansas City (WOFKC) on their annual trip in February 2019. 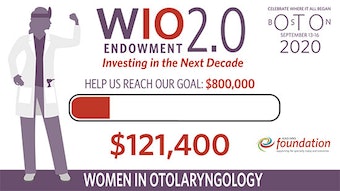 WIO2.0 Initiatives Campaign: Investing in the Next Decade

The WIO2.0 Initiatives Campaign is a yearlong celebration of both the 10th anniversary of the WIO Endowment that was established in Boston, MA, at the AAO-HNSF 2010 Annual Meeting and a yearlong fundraising campaign to raise $800,000—double what was raised in four days in 2010. 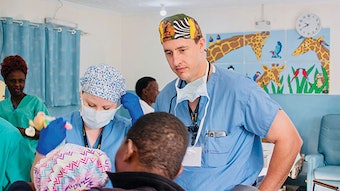 Through Kenya Relief, I had the opportunity to be part of a surgical team that included Lana L. Jackson, MD, Gina D. Jefferson, MD, Tammara L. Watts, MD, and Gil Jackson, MD. We performed 66 operations and numerous other clinical procedures in the small rural community of Migori, Kenya. Our group also clinically evaluated and medically treated more than 100 additional patients during our time at the Brase Clinic and Vision Centre. 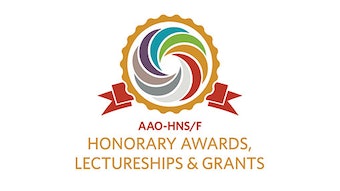 Nominate Your Colleagues for a Prestigious Academy Award

We are surrounded by amazing AAO-HNS colleagues with remarkable accomplishments and vision for local, national, and international outreach. Our mentors, friends, and trainees are the embodiment of our Academy’s vision of optimizing quality ear, nose, and throat patient care and deserve recognition as such. 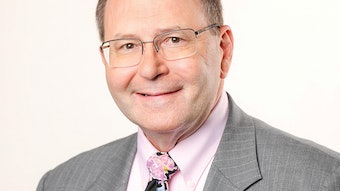 The current volatility we have witnessed over the last six months in Washington, DC, will likely accelerate as we move closer to the 2020 elections. Healthcare reform will likely be one of the most widely debated topics throughout the process, extending for years to come. The need to balance access, quality, and cost will continue to be addressed from distinctly different points of reference. 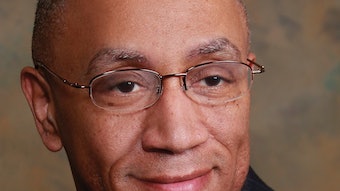 Are Your Pediatric Patients Part of the “Team?”

Because February is our Academy’s Kids ENT Health month, we all have the opportunity to shine the spotlight on certain Kids ENT health issues and direct patients and parents to accurate information that affect this younger segment of our patient population (ENTHealth.org). This month, we also have a chance to pause and reflect on the way we communicate with, care for, and influence our pediatric patients along with their parents.