Treatment of frontal sinus disease circa 1900

In 1900, otolaryngologists in the U.S. had a sophisticated knowledge of sinus anatomy and physiology. 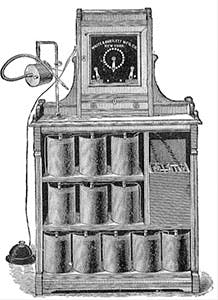 In 1900, otolaryngologists in the U.S. had a sophisticated knowledge of sinus anatomy and physiology. It was known, for example, that normal sinuses evacuate their contents by mucociliary flow and that sinus infections are primarily the result of blockage of the sinus outflow tract(s). 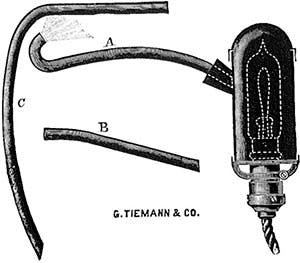 The widespread availability of electricity and even x-ray machines (although quite expensive) made the office use of headlights, transilluminators, suction machines, electrocautery units, drills, and fluoroscopy units possible. Antibiotics, however, were not widely available until the mid-1950s.

Thus, although the otolaryngologist could diagnose sinusitis, treatment options were limited. One in 40 deaths in America at that time was the result of intracranial complications secondary to ear and sinus infections. 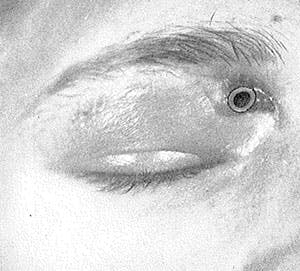 Office treatment of sinusitis in 1900 consisted of topical vasoconstriction (4 percent cocaine, 2 percent ephedrine); nasal washes with water, saline, or milk; and local heat. If these treatments were not successful for frontal sinusitis, trephination of the frontal sinus was performed via the intranasal infundibular route or, more commonly, through the bone of the orbital roof or the anterior sinus wall. 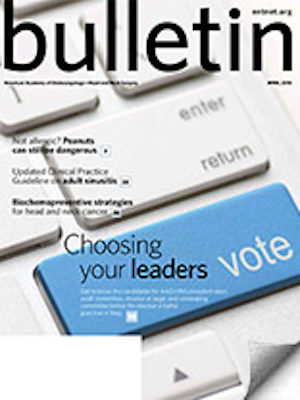 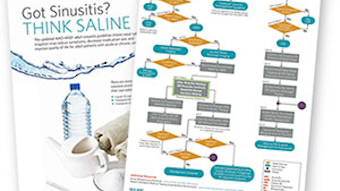 Adapted from the April 2015 Supplement to Otolaryngology–Head and Neck Surgery. Read the guideline at otojournal.org. 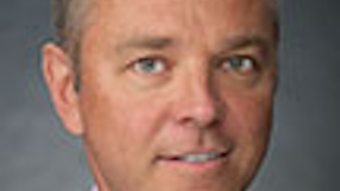 It should be the first priority of the Nominating Committee to select and motivate innovative and creative leaders capable of navigating this very turbulent time in medicine. 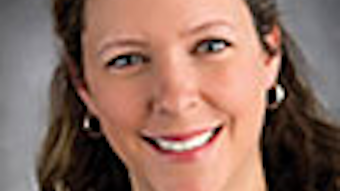 The healthcare landscape is morphing rapidly, and the future leaders of the Academy must be motivated to stay ahead of the changes. 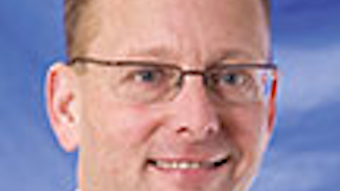 The AAO-HNSF represents an extremely diverse group of otolaryngologists in a wide range of practice environments including rural/urban, academic/non-academic, solo/small group/large group, employed/self-employed modes of practice. 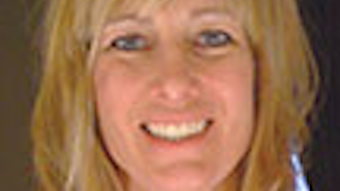 The Nominating Committee must select candidates with knowledge and experience in all aspects of otolaryngology including education, research, advocacy, and socioeconomic/grassroots issues. 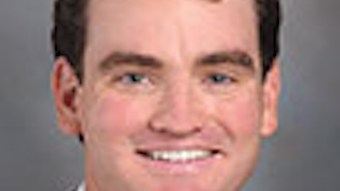 The Academy should continue to expect leaders with commitment to service within and beyond the specialty; integrity to uphold basic human values such as honesty and fairness… 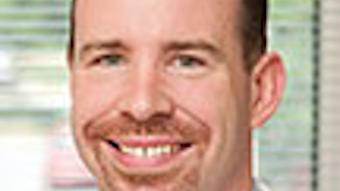 The issues that face us as otolaryngologists are as diverse as our constituency. 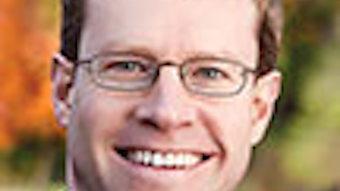 It’s a maelstrom out there. In the turbulent seas of medicine, our Academy must be vigilant, responsive, and anticipatory to the ever-changing winds of medical and surgical practice. 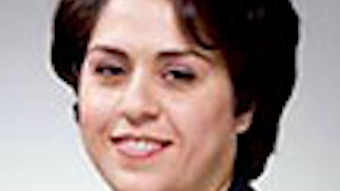 Our Academy plays a major role in the future of our specialty mainly by helping us succeed professionally, helping us provide the best care to our patients, and by advocating on our behalf. 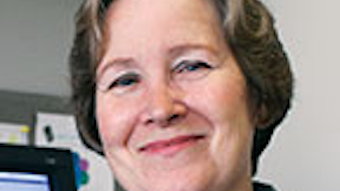 As otolaryngologists, we face a future that will challenge our scope and style of practice and the ability to continue to provide quality care to our patients. 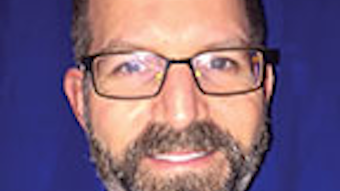 The Academy has been a powerful voice and has provided exceptional value to our membership for many years. 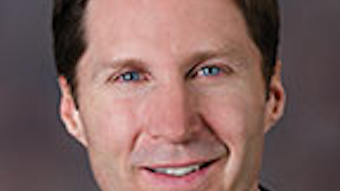 The AAO-HNS strategic plan outlines priorities and specific goals including advocacy, research and quality, education and knowledge, member engagement and unity, and sustainability. 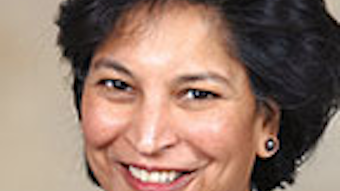 Never before in the history of our profession have so many healthcare changes occurred in so short a time. 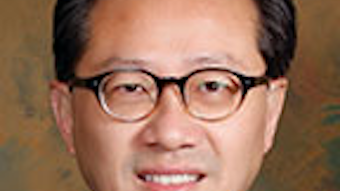 I am seeking re-election to serve on the Audit Committee. During my period of service (2012-2015), I leveraged an MBA in finance from the Berkeley Haas Business School to examine financial representations of our organization’s activities and to exercise internal control best practices. 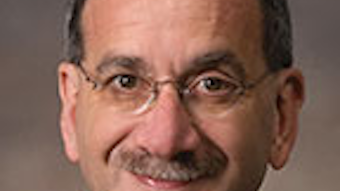 The strength of the AAO-HNS/Foundation lies in the active engagement of its Members. Our organization is a major representative of otolaryngology on the national level. 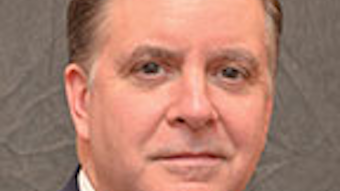 It is truly an honor to be considered as President-elect of our Academy. I pledge to work tirelessly to make a difference for you and our Academy. Together we are optimally positioned to lead our Academy, with one voice.

AAO-HNS has partnered with Survey & Ballot Systems (SBS) to administer the 2015 election of candidates for leadership positions. 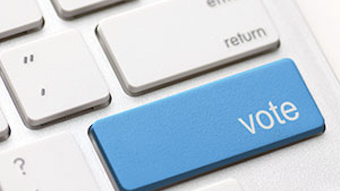 In October 2014, the AAO-HNS Executive Committee (EC) appointed an Election Review Task Force to conduct a thorough review of the Academy’s annual election process for the purpose of determining if there were areas that could be improved upon and, if so, making recommendations to the EC for consideration. 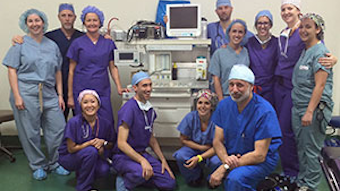 On November 2, 2014, we departed the Midwestern cold and arrived in Tegucigalpa, Honduras, where our 23 carefully packed duffels of supplies were examined and attempted to be explained to authorities in my own rusty Spanish. After four hours of bus travel on questionable local roads, the Saint Louis University Hospital brigade arrived safely at the Hospital Santo Hermano Pedro in Catacamas, Honduras.

On behalf of Marc D. Eisen, MD, PhD, this is a call for papers for the next meeting of the Otolaryngology Historical Society, held in conjunction with the AAO-HNSF Annual Meeting & OTO EXPOSM, Dallas, TX. 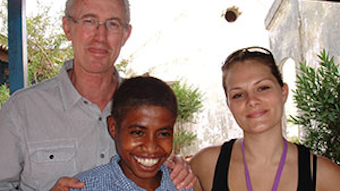 By John Curotta, FRACS, Director of the Department ENT Surgery, Head of the Discipline ENT Surgery, Sydney University, Australia, and Immediate Past President of ASOHNS Australian otolaryngologists provide clinic and surgical ENT services mainly to South Pacific island nations, to Papua New Guinea, and to Timor Leste. Our humanitarian missions are tasked to those with the least ability to access care and to training, mentoring, and supporting those who will continue their care when we leave. The islands in the South Pacific, while beautiful, are small, remote, and very dispersed—Tonga, Vanuatu, Cook Islands, Solomon Islands (Guadalcanal), Samoa, Tuvalu, and Kiribati are visited. Kiribati is halfway from Australia to Hawaii, and has only 100,000 people on 33 islands totalling 350 square miles land (about six times the size of the District of Columbia) dotted over 1.35 million sq. miles of ocean. So there is little movement within the country and major difficulties for teams to get there, then get around. Timor Leste (East Timor), with a population of 1.1 million, is one of the newest nations. It shares a border with Indonesia, population 250 million. Four out of five Timorese live on less than US $2 per day. At Independence 12 years ago there was one doctor and the remains of a couple of hospitals and 90 percent of the population was unable to read or write. This is already down to 50 percent and the Guido Valdares National Hospital is running well with a strong educational ethos. Our ENT team consists of a surgeon, anaesthesiologist, audiologist, and a nurse or sometimes a surgical resident. The standard tour is one week, with four to five trips to Timor each year. Microscopes have been prepositioned but all other special equipment and medications are taken in. The first day or two is clinical assessment, including audiology, and usually 50 to 150 patients are seen and about 20 offered surgery. Four to five mastoidectomies and eight to 12 myringoplasties are done. Reinforcing instruction and training of ear care nurses, supplying medications, and reminding these people in remote places that they are not forgotten probably give more benefit than our few surgeries can accomplish.

As Members know, the Academy supports the use of a balloon as a tool in a standard approach to sinus ostial dilation along with other indicated endoscopic sinus surgery. 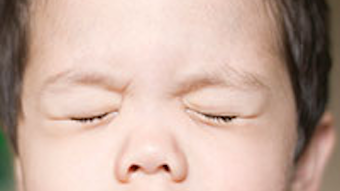 Peanuts can be dangerous even if you are not allergic

We have seen a flurry of communication in the media and the medical literature about peanut allergy, specifically the concept that early introduction of peanuts to infants and young children may help prevent development of this serious food allergy.

AAO-HNS and Superior Health agree on credentialing in Texas

Recently, the AAO-HNS was alerted to a credentialing issue in Texas by local Members. The state’s largest Medicaid carrier, Superior Health, had some concerns considering the qualifications of otolaryngologists treating allergic disease and had adopted a policy that required otolaryngologists to be individually credentialed to provide allergy services.

Whether physicians like it or not, politics play a significant role in healthcare. It is tempting to ignore this fact, but to do so is a disservice to our patients and our profession. Accepting and embracing the situation allows us the opportunity to ensure that the impact of legislative policies on our patients is understood and that the voice of the physician is heard. Go, team, go Though physicians are thought to be independent, in fact we work in teams on a daily basis. Whether we are in the operating room or the office, we work with the anesthesiologists, nurses, techs, medical assistants, and administrative staff to achieve the ultimate goal of high quality, efficient patient care. We could not achieve our goals if we were not working together in a concerted effort. When it comes to advocacy, however, physicians struggle with pulling together, especially when compared to groups such as the trial attorneys or various nonphysician providers. Also, politics is a numbers game, and success is often quantified by who can garner the most signatures, who can raise the most money, or who has the greatest number of supporters. To increase the impact of our specialty’s message, we need clout in the form of numbers. To do this, we need to increase Academy member involvement in our legislative and political programs. Members of Congress are increasingly savvy at deciphering the number of otolaryngologists (constituents) represented by a particular initiative. So, every person who gets involved in AAO-HNS’ respective legislative or political programs ultimately helps us to achieve our goals. This “head count” is very important! Look for ways to participate in legislative and political advocacy, and show Members of Congress that all otolaryngologists are interested in protecting high-quality patient care. No ‘i’ in team Life teaches us that one-to-one interactions make the greatest impressions. By reaching out to a Member of Congress, we have the opportunity to make our message personal. There is also the opportunity to educate. Physicians have the best perspective of the impact governmental policy has on the delivery of healthcare. Our patients may feel the effects, but in most cases, they are not aware of the policies that lead to those outcomes. And though they vote on the policies, most Members of Congress are not intimately aware of the impact those policies have on patients and the practice of medicine. As physicians, we are the bridge between our patients and our legislators, and we owe it to our patients to advocate for their care. Fortunately, through the In-district Grassroots Outreach (I-GO) program, the Academy has staff dedicated to assisting otolaryngologists with arranging individualized interactions. These events can be tailored to each member’s comfort level and range from one-to-one meetings, practice visits, fundraising events, or larger town hall events. There is no “I” in team, but there is an “I” in I-GO! So, the answer to the question whether advocacy is an individual or team sport is … YES. By combining efforts on an individual basis that make our message personal with a collective voice to make sure we are heard, we can achieve our advocacy and patient care goals. *Contributions to ENT PAC are not deductible as charitable contributions for federal income tax purposes. Contributions are voluntary, and all members of the American Academy of Otolaryngology-Head and Neck Surgery have the right to refuse to contribute without reprisal. Federal law prohibits ENT PAC from accepting contributions from foreign nationals. By law, if your contributions are made using a personal check or credit card, ENT PAC may use your contribution only to support candidates in federal elections. All corporate contributions to ENT PAC will be used for educational and administrative fees of ENT PAC, and other activities permissible under federal law. Federal law requires ENT PAC to use its best efforts to collect and report the name, mailing address, occupation, and the name of the employer of individuals whose contributions exceed $200 in a calendar year.

As we transition into the spring of 2015 the AAO-HNS is in the process of unveiling a number of changes that we hope will be of value to our Members.

I recently spent two months teaching ENT residents at a medical center in Tanzania. The experience was very rewarding, and you can imagine how nice it was to operate nearly every day, with no night call! No coding. No precertification issues for surgery. No struggles with getting insurance companies to approve a specific prescription or test.