Meaningful healthcare reform at the federal level may be on the way. After treading water while the Affordable Care Act has been debated, public intolerance has forced both political parties to address a worsening situation.

Meaningful healthcare reform at the federal level may be on the way. After treading water while the Affordable Care Act has been debated, public intolerance has forced both political parties to address a worsening situation. Unremittingly rising out-of-pocket expenses, “surprise” bills in excess of deductibles, the inexplicable complexity associated with our healthcare system, skyrocketing pharmaceutical and device costs, non-essential administrative burdens, and continued access problems in the face of unsustainable healthcare spending have intersected and created the impetus for action. The de facto rationing of care caused by these conditions is unacceptable to the American public.

Both comprehensive and issue-specific proposals have been made. The concept of “Medicare for All” has gained traction and promises of a systemwide reform following the 2020 election cycle has been set forth. Currently, the hot button issue relating to surprise or unexpected billing has risen to the top of legislative priorities for this Congress. There is bipartisan, bicameral support to address this issue. Multiple instances have been reported where five- and six-figure bills were submitted to patients who believed they were receiving in-network services at a participating institution and were cost-protected by their insurance plans. Many medical associations, including the Academy, have been actively lobbying for legislation to protect our patients from situations that they have no control over and that are too complex for most to understand and predict. It is essential that our patients do not get caught in the middle of systemic problems between providers and insurers.

Most of these interactions occur around both emergency and elective hospital services. Patients will engage a physician and hospital system listed as “participating providers” only to find out later that all providers treating them may not be “participating providers.” They subsequently receive multiple large bills they were not planning on. In my opinion, it is inherent upon the hospital system and health insurance companies to offer complete transparency to the patients. If an entity is listed as a “participating provider,” a patient should be able to count on all services they receive from that institution to be covered and paid per contract as participating providers. The health insurance companies need to bear the responsibility for creating adequate networks and promote them in a transparent fashion so patients, who are already under a great deal of stress, can understand the process they will need to follow.

Lee D. Eisenberg, MD, MPH, established Health Policy Educational Grants last year. This year, there were four grants awarded. Dr. Eisenberg has a long history of outstanding service and financial contributions to the Academy and Foundation spanning over 40 years. He has been a member of multiple committees, given many courses and lectures at the Annual Meeting, served as a Coordinator for Socioeconomic Affairs and Development, been a member of the CPT panel, received a Presidential Citation, led the ENT PAC Board of Advisors, and served on the 3P Committee for more than 10 years. As Dr. Eisenberg prepares for retirement, I want to offer my personal thanks, as well as that of the organization, for all he has done and the multiple contributions he has made to our organization.

The 2019 Bulletin will carry a series of articles submitted by our colleagues representing otolaryngology specialty societies as well as ASCENT (otolaryngology administrators) and SPAO (PAs in otolaryngology). These articles are designed to inform our members of important happenings in each area and provide related education. This month, the American Neurotology Society (ANS) provides us with a snapshot of recent significant happenings in neurotology. I would like to thank ANS for taking the time to inform us about these critical issues.

I would also like to congratulate Sheng-Po Hao, MD, and Karl Hoermann, MD, who were chosen as candidates for Chair-Elect of the International Advisory Board. 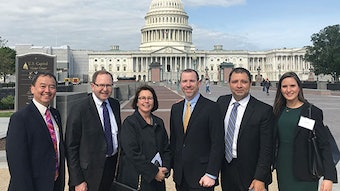 Following the success of the third annual State OTO Society Roundtable, the AAO-HNS/F 2019 Leadership Forum & BOG Spring Meeting, held April 26-28 in Alexandria, VA, included several advocacy-related sessions in which attendees learned about the importance of making their voices heard at the state and federal levels. 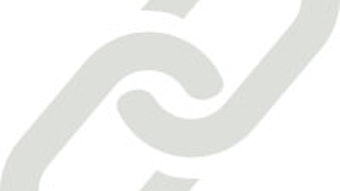 One of the most effective ways the Academy advocates on behalf of the specialty is through ongoing participation in a number of coalitions. The collective advocacy from organizations on shared issues further strengthens the Academy’s ability to advance federal and state legislative policy and regulatory priorities. 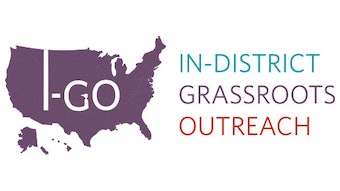 What I-GO is all about

As an otolaryngologist-head and neck surgeon, you know all too well the challenges faced in the day-to-day practice of medicine. Increased liability premiums, a challenging reimbursement environment, and burdensome government regulations continue to threaten the viability of your practice and can hinder your ability to provide patients with the highest quality care. 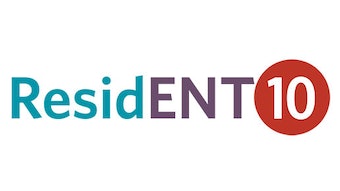 Did you know that ENT PAC, the Academy’s nonpartisan, issue-driven, political action committee, recently launched a new campaign for AAO-HNS physician residents? The “ResidenTen” initative aims to underscore the importance of the Academy’s political programs with the next generation of Academy members.

Advocacy staff constantly monitors improvements and updates to private payer policy decisions. We are happy to announce the following increases in coverage: 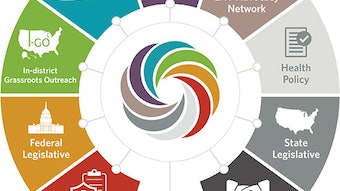 The Academy diligently advocates for full and appropriate reimbursement for procedures performed by otolaryngologist-head and neck surgeons and the patients they treat. Since last June’s annual Advocacy issue of the Bulletin, the Health Policy Advocacy Team tackled detrimental national policies and local payer denials and gaps in coverage. 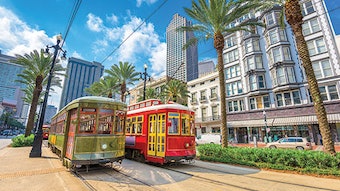 Get to know New Orleans

Imagine meeting in a city where cultures collide in a brilliant explosion of flavors, emotions, and sounds. New Orleans is the birthplace of jazz, home to Creole cuisine, and rich with history and culture. It is centrally located with a walkable downtown and world-class convention facilities. 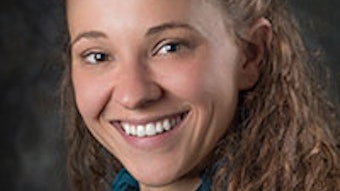 Our town: The Big Easy

What do you love most about New Orleans? 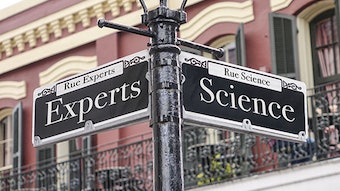 New Orleans serves as the intersection where there’s no wrong turn, from groundbreaking education sessions to networking events with the global ENT community to the OTO Experience. While you’re absorbing the latest science and new clinical approaches, take advantage of the many events available to expand your professional network and tap the minds of leaders. 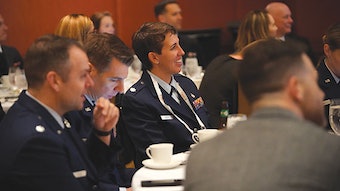 The AAO-HNS Trauma Committee and the Society of Military Otolaryngologists’ Trauma Symposium will present “Modern Management of H&N Trauma: Nonvascularized Grafts and Trauma Care in the Developing World” at 5:00 pm, Saturday, September 14, at the AAO-HNSF 2019 Annual Meeting & OTO Experience in New Orleans, LA. 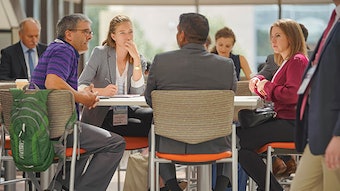 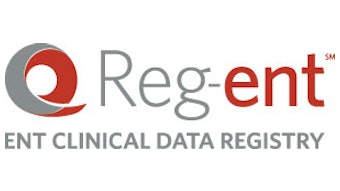 Annual Meeting Program Spotlight: How to thrive in otolaryngology practice

Learn about alternatives and opportunities to enhance your ability to participate in evolving payment models through advanced practice structure and networking, adopting state-of-the-art office-based diagnostic and therapeutic technology, and validating treatment outcomes. 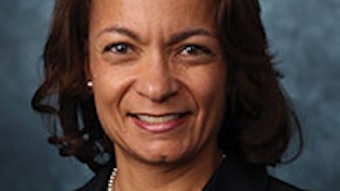 Presented in order of appearance. 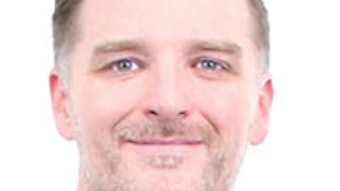 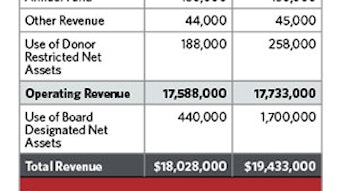 The Executive Committees (ECs) of the AAO-HNS/F Boards of Directors (BODs) were presented with the Financial and Investment Subcommittee (FISC) proposed budget for the next fiscal year, July 1, 2019 – June 30, 2020 (FY20), and endorsed it for approval by the BODs. During their April meeting, the BODs reviewed and conditionally approved the FY20 budget that is presented here to the membership. 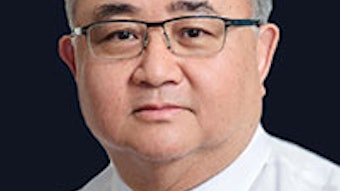 The AAO-HNS call for nominees for Chair-Elect of the International Advisory Board (IAB) was highly successful and resulted in the submission of several highly qualified candidates for the position. The IAB Executive Committee selected Sheng-Po Hao, MD, Taipei, Taiwan, and Karl Hoermann, MD, Mannheim, Germany, as the candidates for Chair-Elect. The election will be held at the AAO-HNSF 2019 Annual Meeting & OTO Experience in New Orleans, Louisiana. 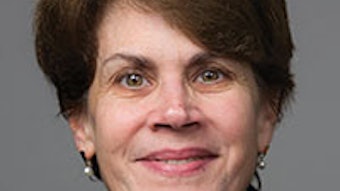 Debara L. Tucci, MD, MS, MBA, has been selected to lead the National Institute on Deafness and Other Communication Disorders (NIDCD) as its new director. Dr. Tucci is currently the professor of surgery and director of the cochlear implant program in the Division of Head and Neck Surgery & Communication Sciences at Duke University in Durham, NC. 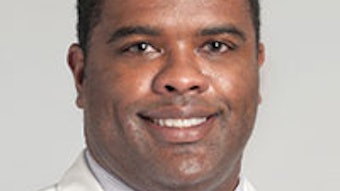 Board of Governors: TEAM = Together Everyone Achieves More

I am often asked why I love being a member of the Board of Governors (BOG). The BOG is a grassroots network within the Academy that is composed of local, state, regional, and specialty societies from around the United States.

“I am an otolaryngologist”

On April 27, 2019, I had the great privilege of presiding over the annual Specialty Unity Summit convened by the American Academy of Otolaryngology–Head and Neck Surgery and comprised of all the major organizations in our field. Physician and administrative leaders from an otolaryngology alphabet soup were in attendance.