This video message from the 2015 Annual Meeting & OTO EXPO℠ Opening Ceremony delivered the “You Spoke. We Listened.” theme powerfully, as it does in this Annual Report.

You spoke. We listened.
It’s so rare to be listened to. And rarer still to be taken seriously. So we took a different approach.
That’s right. You said you needed a Data Registry. And we’re developing one.
You asked for a bigger and better learning experience. And we launched the new AcademyU®.
You called for the repeal of SGR. It’s gone.
You wanted to halt the efforts to eliminate 10- and 90-day global billing practices. Done.
You wanted us to work together; we convened the specialty unity summit.
And you requested changes to the Annual Meeting. Well, now 500 hours of education are included with registration…
Video presentations are part of the Scientific Program…
And Miniseminars and Instruction Courses now run simultaneously.
You spoke. We listened.
We’re always listening, so be sure to keep on speaking.
Because we’re proud to speak in one clear voice…

The short dialogue captures the essence of the AAO-HNS/F work this past year, but there is so much more to relay. We urge you not to miss the rest of the story, calling your attention to these standout efforts here and on the following pages.

The following pages continue the “You Spoke. We Listened.” message, showing accomplishments for the year and work in progress for the coming months and years. Ultimately, we are extremely indebted by all Member volunteers and staff who both “Speak” and “Listen” for the good of all patients and our specialty. 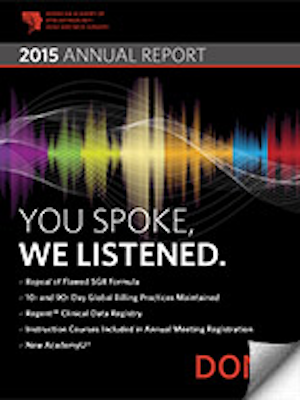 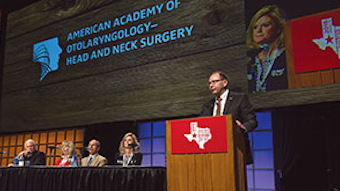 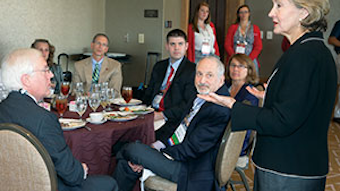