A Century of Excellence, published in 1996 commemorated the 100th anniversary of the American Academy of Otolaryngology—Head and Neck Surgery and its predecessor organizations—the AAOO, the AAO-HNS, and the ACO. This comprehensive tome, detailed the growth of the specialty and the people who positively influenced its course.

M. Eugene Tardy Jr., MD, is a pioneer you can honor with a contribution 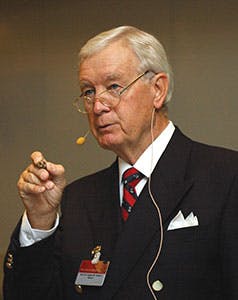 A Century of Excellence, published in 1996 commemorated the 100th anniversary of the American Academy of Otolaryngology—Head and Neck Surgery and its predecessor organizations—the AAOO, the AAO-HNS, and the ACO.

This comprehensive tome, detailed the growth of the specialty and the people who positively influenced its course.

The book’s structure moves through the development of educational prowess and formation of a socioeconomic and political council to address changing Member needs. It culminates with the 1982-1986 merger of the AAO-HNS and the ACO that formed the AAO-HNS/F highlighting the extraordinary efforts of a few “pioneers” who forged onward.

M. Eugene Tardy, Jr., MD, is one of those individuals.

Since Dr. Tardy’s otolaryngologic residency at the University of Illinois in Chicago, where he was executive resident, he has served as a leader. His subsequent facial plastic surgery fellowship led to an academic position there in 1968. In Illinois, he taught and combined a dedication to medical students’ training with patient care. He has published extensively in all formats and become a sought-after guest lecturer. He has served in many leadership roles including the presidency of the AAO-HNS/F, the American Academy of Facial Plastic and Reconstructive Surgery (AAFPRS), and the American Board of Otolaryngology (ABOto).

As one of the newly formed organization’s first presidents (preceded by Drs. Pratt, Sisson, Gross, and Boles), he understood the importance of his role. His first Bulletin column began this way, “It is safe to state that we have emerged from a major organizational metamorphosis to create a democratic, professional, and business-like medical specialty organization now well prepared to encounter and exercise judgment and control over the future affairs of the specialty.”

This extraordinary statement encapsulated the vision and sense of purpose that have continued to define Dr. Tardy’s professional life and his influence on this specialty for many years.

One of the first things Dr. Tardy initiated in his presidential capacity at AAO-HNS was the groundwork for finding a brick-and-mortar home for the young organization. He knew that as much as anything, a physical home would embody the stable, unifying, efficient presence that he and his colleagues believed otolaryngology to be. That idea, promulgated strongly by Byron J. Bailey, MD, led to the purchase of One Prince Street in 1989 and eventually grew into the Greater Academy Campaign that raised sufficient donations to buy out the mortgage on the building in 1996, the 100th anniversary year of the Academy.

Changing the face of education

Dr. Tardy, meanwhile, had championed a method for analyzing facial plastic reconstruction needs that has had a lasting effect on determining patient outcomes and educational procedures presentations. He developed a format of photographic case documentation emphasizing not only pre- and post-op analysis but also emphasizing long-term follow-up photographic documentation. These presentations became the standard for quality educational teaching formats that continue to be the starting point from which today’s new presentation formats are measured. All of otolaryngology benefited from this innovation.

It may be in the area of ethics, however, that Dr. Tardy best foresaw the future of organized medicine, urging the Academy to adopt a code of ethics. “All of medicine is presently beset by critics, who, often with justifiable cause, launch public attacks upon the motives and ethics of the modern physician,” he wrote. He believed that a code would guide those in need of help, even though “the overwhelming majority of physicians … retain those values of deep concern for the patient, excellence of effort and outcome, and selflessness so characteristic of the virtues considered essential in all who care for patients.” This code has been part of the new Member initiation since that time.

As an outgrowth of this concern, he championed the then controversial idea for re-certification as another way to ensure both the perception and reality of quality patient care: “Maximum strength lies in preserving a strong central focus within otolaryngology as a whole for as the whole is strengthened, the special interest subspecialty groups will be better served and represented at the national and interspecialty levels.” Recertification indeed has become an accepted process in the delivery of quality care.

Dr. Tardy also served as the founder of Facial Plastic Surgery Monographs, as well as serving on the editorial boards of the Archives of Otolaryngology, The Laryngoscope, the Annals of Otolaryngology, and the Yugoslavian Journal of Otolaryngology. Academic contributions include authoring or co-authoring 18 medical textbooks and more than 160 scientific articles. Dr. Tardy set a standard for the quality of photo documentation and long-term follow-up he presented in his lectures. As a highly respected surgeon he was invited to participate at more than 400 venues as guest professor/faculty lecturer at universities worldwide.

Dr. Tardy founded the first University of Illinois, Chicago, facial plastic surgery division within the department, and served as the consultant for the Craniofacial Anomalies Center of the university.

Now emeritus professor, during his career he held the title of professor of clinical otolaryngology both at the University of Illinois and Indiana University School of Medicine, as well as instructor at Northwestern University.

A new way to honor legends in the field 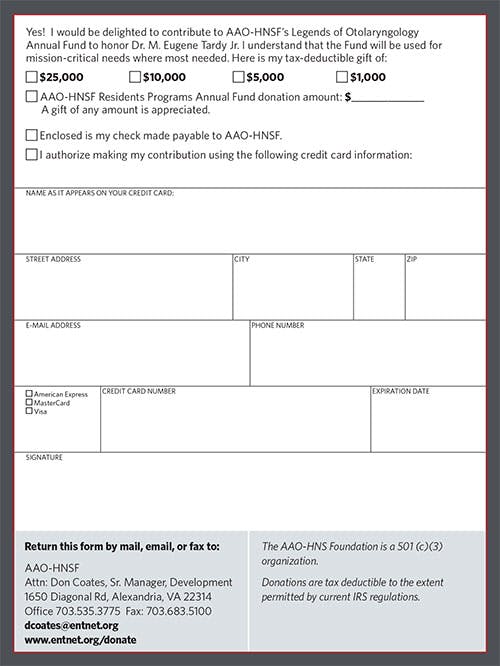 AAO-HNSF CLINICAL CONSENSUS STATEMENTSeptoplasty with or without inferior turbinate reduction 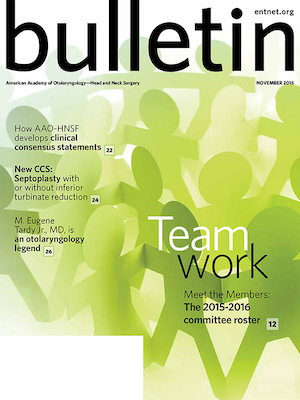 Want to get more involved with your Academy? Apply to become a committee Member! The 2016 application cycle will open on November 1 and close on January 1, 2016.

The Nominating Committee of the Academy is calling for recommendations of individuals to be considered for an AAO-HNS elective office.  Academy Member(s) must be in good standing, have proven leadership qualities, be active in the Academy, be familiar with the strategic direction of the Academy, and be able to dedicate the necessary time to serve. 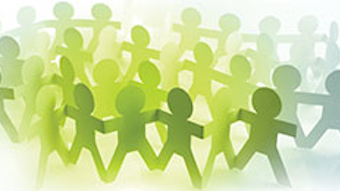 The following are the committee rosters of the Academy and Foundation, grouped by their clusters. These are all Members, unless otherwise noted who were appointed to terms October 1, 2015, as well as those continuing their service. The number following each name indicates the end of their term. 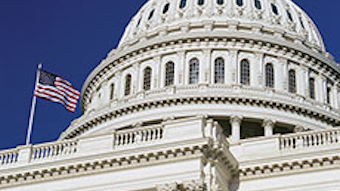 The AAO-HNS thanks its Member-volunteer State Trackers for their dedicated efforts during the 2015 state legislative sessions to effectively monitor issues and trends important to the specialty, your practices, and your patients.

Looking to apply for a new or revised CPT code? As specified by the “AAO-HNS New Technology Pathway Requests Policies and Procedures” document (www.entnet.org/New-Tech-Policies-and-Procedures), the AAO-HNS New or Revised CPT Code Application is required to be submitted to the Academy 180 days prior to the AMA CPT Proposal submission deadline. The next Academy deadline is December 29, 2015. 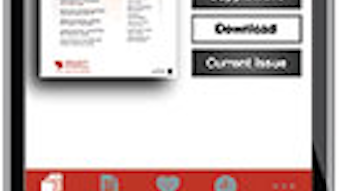 Print, online, and mobile—research can and should be available in multiple formats to meet the varying needs of our readership. This is why Otolaryngology–Head and Neck Surgery is available to you through a free mobile app. 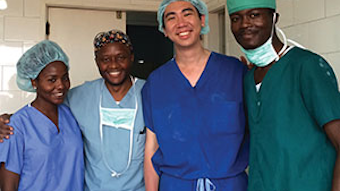 Why are RUC surveys important?

Otolaryngology departments are increasingly becoming aware of the critical importance of professionalism in the academic medical setting.1 Growing evidence is showing that lack of civility in the workplace harms patient safety, employee satisfaction, and the broader institutional mission. Literature from other medical departments and from fields outside medicine suggests that a formalized written code of conduct is an effective method of clearly codifying the culture for all members of the organization, and of improving professional behavior.2 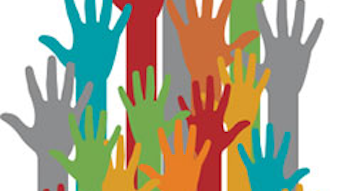 At the heart of the word committee, both literally and figuratively, is the word commit. As former basketball coach Pat Riley said, “There are only two options regarding commitment. You’re either in or you’re out. There is no such thing as life in-between.” Ditto for a successful committee.

Another successful Annual Meeting & OTO EXPO(SM) has come and gone. In case you were unable to join us in Dallas, below is a brief overview of what you missed.

Imagine that you are dependent on a system that you have been familiar with most of your life to provide preventative and life-saving care for you and your family. That system is now undergoing monumental, fast-moving changes that not even the architects or participants of the successor structure can define or explain to those who will be using it or making it work. Will you still have insurance coverage for you and your family? Will you be able to pay for the coverage and the dramatic increase in out-of-pocket costs you will be expected to pay? Well, this scenario does not require any imagination. This is what American patients are facing and will continue to face over the next three to five years. 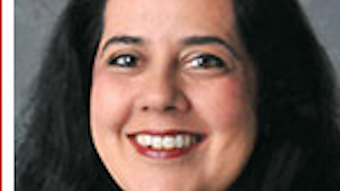 Those who can do more, volunteer

Most of us are used to a very specific type of work. Whether we are working in a clinic, a hospital, or an operating room, we are used to applying certain otolaryngologic skills every day. We learned those skills in medical school and in training, and keep them fresh with CME activities. We advance our careers because we become great at these skills. As a group, we are self-motivated and highly capable learners. Otolaryngology residency applicant personality types1 show us to be primarily extroverted, thinking, and judging. We become, and stay, busy in our practices and in our families.