My parents lived in John F. Kennedy’s congressional district. When JFK moved up to the U.S. Senate in 1952, Tip O’Neill decided to run for the open seat. He won the election and later became Speaker of the U.S. House of Representatives.

By David R. Edelstein, MD, chair-elect, Board of Governors

My parents lived in John F. Kennedy’s congressional district. When JFK moved up to the U.S. Senate in 1952, Tip O’Neill decided to run for the open seat. He won the election and later became Speaker of the U.S. House of Representatives. Few know, however, that in 1936 he lost his first election to the City Council in Cambridge, MA, and he learned an enduring lesson: “all politics is local.” What does all this mean to the AAO-HNS? As physicians, we are voters, we are employers with large staffs, and we are in daily contact with patients who are constituents. In addition, many of you may know your lawmakers as neighbors, fellow civic volunteers, or through your practice.

The BOG Legislative Affairs Committee, in coordination with the Academy’s Legislative Advocacy team, wants to harness these relationships and sign up AAO-HNS Members in every Congressional district—435 in the House and 100 in the Senate. Project 535 will help establish key “grasstops” contacts—voting physicians with access to national leaders in every district. Such a resource is invaluable when we need to collectively advocate for national issues essential to otolaryngology-head and neck surgery, including scope of practice, truth in advertising, medical liability reform, GME funding, or Medicare reimbursement.

In 1936, O’Neill’s neighbor, Mrs. O’Brien, admonished him for not asking for her vote. He presumed that since he had shoveled snow for her as a teenager she would obviously vote for him. He learned you must never take for granted your local constituency as every vote counts. We should learn from his example.

Contact the AAO-HNS Legislative Advocacy team at govtaffairs@entnet.org to sign up to be the otolaryngology advocate for your Congressional district. Although our specialty is small in numbers, we can ensure every Member of Congress hears our voice! 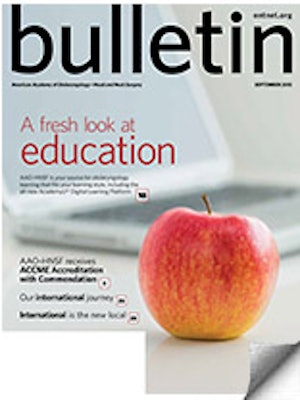 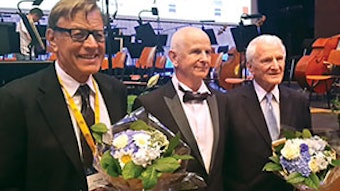 In 1995, when I was AAO-HNSF president, I recognized the need for a coherent international program. In 1996 at a Strategic Planning Meeting of the Board of Directors of the American Academy of Otolaryngology—Head and Neck Surgery, a recommendation to create a department of international affairs was endorsed and I was offered the position of coordinator. 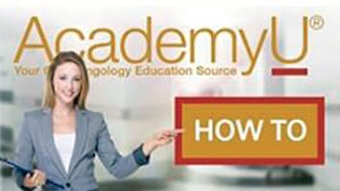 AcademyU.org: anatomy of a learning platform

The new AcademyU® Learning Platform launches this month and is being showcased at the Annual Meeting & OTO EXPOSM in Dallas. Read on for a sneak peek into the features of this exciting new education resource. 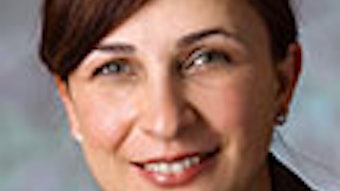 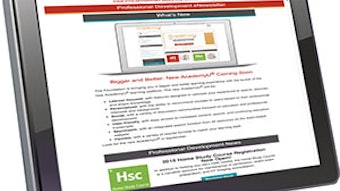 The first issue of the eNewsletter Professional Development News was released in July with the next issue coming out in October and then to be released quarterly. The aim of the eNewsletter is to keep Members engaged with AcademyU®, your otolaryngology learning source.

Foundation copublishes two books with Thieme As part of an ongoing agreement with Thieme Publishers, the Foundation has just added two more titles to its book and eBook collection. The first book, Otolaryngology Lifelong Learning Manual (OLLM), is an update to the Maintenance Manual for Lifelong Learning. Through the hard work of the eight education committees, under the leadership of Education Coordinator Sonya Malekzadeh, MD, this will become a valuable resource for all otolaryngology clinicians. OLLM serves as a great resident resource and certification study guide. Practicing physicians can use it for a refresher on a topic and for recertification through MOC. Nonphysician clinicians will also benefit from the comprehensive scope of the book. The second book, Geriatric Otolaryngology, was edited by Robert T. Sataloff, MD, Michael M. Johns III, MD, and Karen Kost, MD. This book is much more than a revision to the previous book of the same title. It is a comprehensive and timely discussion of the otolaryngology concerns of the elderly population. Both books are available in print and eBook formats and can be ordered through the Thieme website at www.Thieme.com. You can search by specialty or title. The AAO-HNS Foundation is proud to have worked with Thieme on these two essential otolaryngology publications and looks forward to continuing its copublishing partnership. AcademyQ® CME: otolaryngology knowledge self-assessment tool AcademyQ® CME offers learners the opportunity to hone their knowledge skills through a series of otolaryngology-head and neck surgery-specific self-assessment questions. Derived from the 800 knowledge assessment questions available in the AcademyQ® app for Apple and Android, this activity provides the opportunity to enhance knowledge of otolaryngology-head and neck surgery with hundreds of study questions to test recall, interpretation, and problem-solving skills while earning CME credit. Drawing on the same questions released on the Academy® app in 2012 and 2014, nine modules contain 50 questions specific to each specialty. The physician learner will read and analyze otolaryngology-specific questions and rationales developed by otolaryngology experts. Included in each module is thorough feedback for each question, additional reading references, and appropriate images and videos to enhance the learning experience. Pediatric Otolaryngology eLectures Pediatric Otolaryngology eLectures, coproduced by the American Society of Pediatric Otolaryngology (ASPO) and AAO-HNSF, offer learners education opportunities designed to address pressing patient care concerns facing pediatric and general otolaryngologists. The webinars in this series are: Recurrent Respiratory Papillomatosis Diagnosis and Management of Vascular Malformations Update on Allergic Rhinitis—A Burdensome Disease Down Syndrome: Otolaryngologic Manifestations Evaluation and Management of Sialorrhea in Children Hearing Tests and Hearing Aids: More Interesting Than You Thought Complications of Acute Rhinosinusitis in Children Otitis Media Update Assessment and Management of Velopharyngeal Dysfunction Evaluation of Pediatric Sensorineural Hearing Loss Unilateral Hearing Loss In Children Caustic Ingestion Management of Pediatric Vocal Fold Immobility Head and Neck Masses in the Pediatric Population Quality and Safety in Surgery: How to Become a Better Surgeon Choking and Aspiration in Children: Evaluation and Management Pediatric Sleep Medicine 2014: A Roundtable Discussion Eustachian Tube and Evolution Social Media—A Blessing or a Curse for the Otolaryngologist Genetics and Pediatric Otolaryngology These archived recordings are be available for AMA PRA Category 1™ credit. ENT for the PA-C eLecture Series The annual ENT for the PA-C Conference is jointly presented by the American Academy of Otolaryngology—Head and Neck Surgery Foundation and the Society of Physician Assistants in Otorhinolaryngology/Head & Neck Surgery. The primary audience for the conference is nonphysician clinicians, especially physician assistants, and nurse practitioners who specialize in otolaryngology-head and neck surgery. This eLecture Series, recorded at the 2015 ENT for the PA-C Annual Conference, includes the following presentations: Healthcare Reform Audiogram Interpretation: 10-minute Dizziness Evaluation Evaluation and Management of Facial Nerve Paralysis Everything You Ever (and Never) Need to Know About Salivary Glands Differential Diagnosis and Management of Conductive Hearing Loss Non-otologic Sources of Otalgia Diagnosis and Treatment of Anaphylaxis Evaluation and Management of Pediatric Neck Masses OSA: Improving Treatment Outcomes Vocal Fold Paralysis Diagnosis and Treatment Assisting in ENT Procedures These archived recordings will be available for AAPA CME credit. Visit www.academyU.org for these new activities along with the entire catalog of education opportunities offered by the AAO-HNS Foundation.

Education by the numbers

125 articles spanning four sections of the Home Study Course. Specialties covered this year were Rhinology and Allergic Disorders; Laryngology, Voice Disorders, and Bronchoesophagology; Neoplastic and Inflammatory Diseases of the Head and Neck; and Otology and Neurotology. 1,128 Patient Management Perspective courses completed during the year. 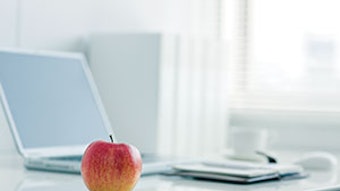 A fresh look at education

This has been an exciting year for Foundation Education. From wrapping up the two-year Education Needs Assessment to the launch of the new AcademyU® Learning Platform much work has been done by the education volunteers. 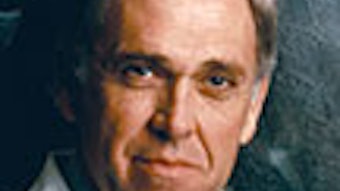 Bobby R. Alford, MD, is founder and chairman of the board of directors of NASA’s National Space Biomedical Research Institute and Distinguished Service Professor at Baylor College of Medicine. After residency at Baylor, he completed a clinical fellowship at the University of Texas Medical Branch, Galveston, TX, and special NIH fellowship at Johns Hopkins University School of Medicine in Baltimore. 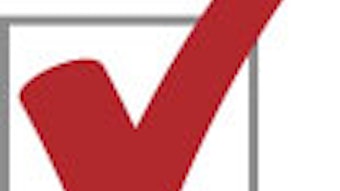 Make sure you’re prepared for ICD-10 by taking these steps as the countdown to implementation draws near. 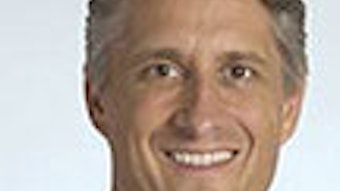 Get ready for ICD-10

In July, the Centers for Medicare & Medicaid Services (CMS) announced efforts to limit the burden on providers for the ICD-10 transition slated for October 1. What are the effects on the average otolaryngology practice, and should you alter your own “go-live” plan?

It was an exciting spring. The physician community saw major legislative victories relating to repeal of the flawed Sustainable Growth Rate (SGR) formula, as well as rescission of a proposed policy change for global surgical payments. After such a windfall, many Members of Congress and staffers were posing the question, “Well, what’s next?” For the AAO-HNS and others in the hearing health community, the answer was simple: (hopefully) teeing up another legislative “win” for the fall. 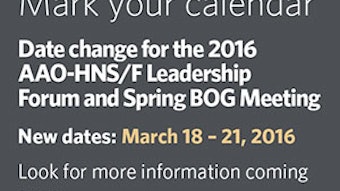 BOARD OF GOVERNORSEach of us is a leader

It is the end of the July 4 weekend, and as I sit here with the thought of returning to work tomorrow morning, the memories of family, friends, fireworks, and Independence Day distract me from the task of writing my BOG piece. A holiday weekend like this causes me to reflect on how I fit into the greater scheme of family, life, and our country. It gives me a moment to celebrate my chosen career of physician and otolaryngologist-head and neck surgeon. 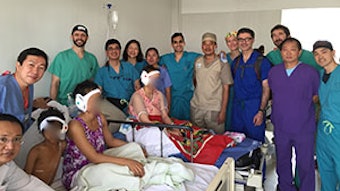 Rebuilding ears, self images, and hope in Cambodia: the first collaboration between Face to Face and Operation SmileExpanded from the print edition

As we walked into the Khmer Soviet Friendship Hospital in Phnom Penh, Cambodia, in February, Kathleen Sie, Sie, MD, pediatric otolaryngologist at Seattle Children’s Hospital, turned and quietly reminded me to look carefully in the ICU so we might be mindful of what our potential highest level of care would look like.

The AAO-HNSF has recently been awarded the distinction of Accreditation with Commendation by our accrediting board, the Accreditation Council for Continuing Medical Education (ACCME). This status is awarded to only a fraction of all organizations who seek to become an accredited provider and represents acknowledgement of a program that delivers the highest quality of practice-relevant, physician-focused education. The AAO-HNSF is honored to receive this distinction and share this achievement with our dedicated membership, without whose contributions and leadership this would not be possible. 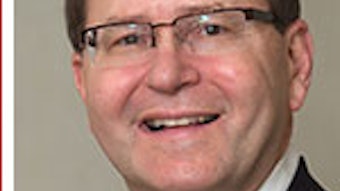 As the 2015 Annual Meeting in Dallas rapidly approaches, I have enjoyed reliving many memorable moments in Dallas. I traveled back and forth from Oklahoma City to Waco through Dallas often while I was attending Baylor University and had many friends who lived in the Dallas-Fort Worth area. I looked forward to the State Fair of Texas, which I attended in conjunction with the Oklahoma-Texas Red River Rivalry with Fair Park’s beloved 52-foot-high character “Big Tex” towering over the proceedings. 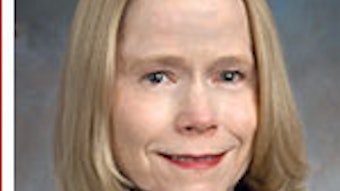 When I passed the exam for the American Board of Otolaryngology 34 years ago, I felt very proud. I had excellent residency training and I felt well prepared to go out and take care of my patients. But the certification exam had merely sampled my knowledge—it was not really a test of competence. Like almost every other physician I know, I learned more during my first year of practice than in any prior year in my life!