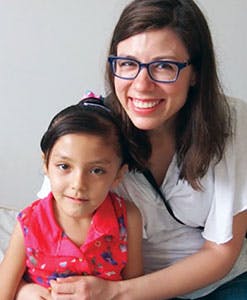 What a whirlwind of a mission trip we had in Peru! Over the course of a week, 28 team members volunteering from the Pacific Northwest of the United States traveled to the Pacific Northwest of Peru. The goal was to provide surgical care to 58 patients, which incidentally nears the number of children born with cleft lip/palate deformities per year in Oregon where we live.

FACES foundation has been going to this Peruvian location for seven years now, and has an established reputation in the community for compassionate care and excellent results.

This was my first time joining this mission and, although I have been on other surgical missions before, this was my first one in Peru. The hospital we utilized is located in Chicalayo, which is the fourth most populous city in the country. Chicalayo is referred to as the “capital of friendship” and Peru’s “pearl of the north” as it connects the deep jungle, the coast, and the highlands. It is located along the Pan-American Highway that connects the Americas from Canada all the way to Argentina. It turns out we had to cross the Pan-American Highway by foot to reach the hospital where we would work. 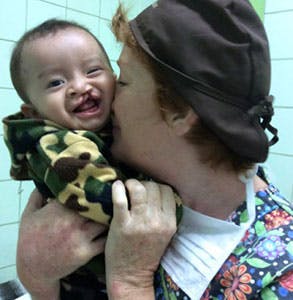 Volunteer nurse, Heather Foster, playing with Luis before his lip surgery. Luis could not stop laughing.

I am originally from Mexico, and, hence, I speak Spanish and am familiar with Latin-American culture, which helps in patient communication and understanding the socioeconomic challenges and other factors that affect these families. Like Mexico, Peru has a heritage that evolved from Pre-Hispanic civilizations to a Spanish colony and onwards—history can be read and seen all around you. During this trip I learned fascinating new facts about the Peruvian landscape. They have the second-largest share of the Amazon rainforest after the Brazilian Amazon. You can imagine the beauty!  The tallest mountain in the Peruvian Andes, Huascaran, is more than 1,000 meters taller than the highest mountain in Mexico, an impressive natural wonder. In regard to healthcare, Mexico and Peru also share similarities. Both countries offer universal healthcare. Healthcare in both cases is centralized in the capitals, making access difficult in the rural areas.

Speaking to the families in the preoperative area gave me a tremendous sense of purpose. I learned about the stories that brought our patients to see us. I asked a patient if her trip to the hospital had been long. She replied it had not: “It was an hour.” It was an hour from the closest town in the middle of the Amazon and then nine more hours on windy roads through the Andes. Older children are often sent on this journey without company, as the family cannot afford to travel with them. Some of our patients spoke Quechua, and not Spanish. Quechua speakers were once politically persecuted in many Latin American countries. But the language has survived and is still spoken. Families in the preoperative area are full of hope but also understandably nervousness and concern. Many have never been to a hospital and no family members have ever had surgery before. 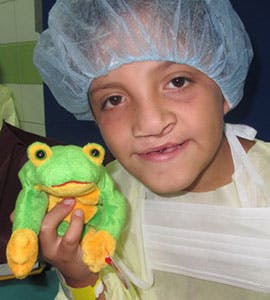 Jose showing us his frog toy as he is getting ready for surgery.

Visiting the postoperative area offered such a sense of community and accomplishment. Parents offered soft and kind smiles to each other and to their children. Moms and dads often slept on the floor around the beds and took turns singing to and feeding the babies, helping as much as they could with the healing process of their children and kin who had just left the surgical room. We shared quality time with them; they told us how the future of their children had been changed by the surgeries we performed. They told us how their smiles and their faces had changed forever. The families often talk about other family members who are affected by a cleft deformity hoping they can bring them next year.

It has been an honor to be part of the surgical team and use my training to help those around me. The experiences of that week reminded me of one of my favorite Helen Keller quotes: “Alone we can do so little; together we can do so much.” 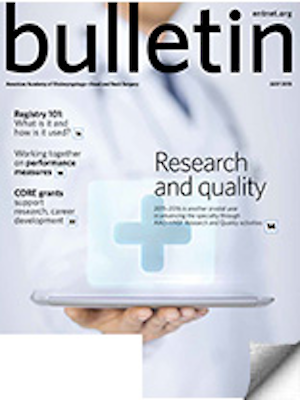 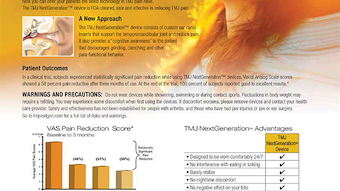 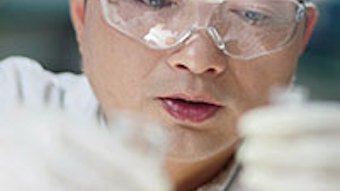 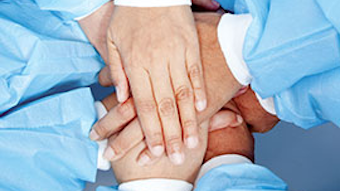 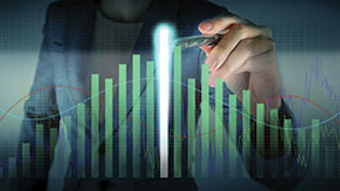 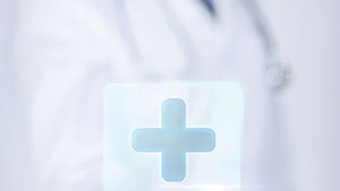 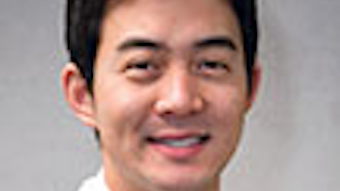 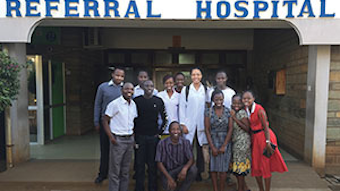 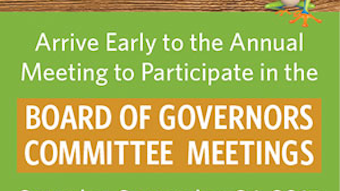