As we approach the end of one of the most disruptive and tumultuous years of the last century, hoping to regain some degree of equilibrium, it is important to recognize and analyze not only the major, well-known consequences of COVID-19, social unrest, natural disasters, and divisive politics, but also some of the under-recognized impacts on our medical providers.

As we approach the end of one of the most disruptive and tumultuous years of the last century, hoping to regain some degree of equilibrium, it is important to recognize and analyze not only the major, well-known consequences of COVID-19, social unrest, natural disasters, and divisive politics, but also some of the under-recognized impacts on our medical providers. 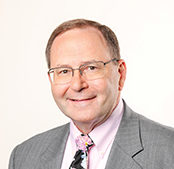 Primary care and specialty physicians alike worldwide have experienced significant disruption in their practices, particularly during the early months of the pandemic. Whether in private practice or in an employed model, ALL physicians suffered from a marked reduction in patient encounters and a resultant significant decline in RVU production and revenue generation. Physicians in all practice situations experienced similar, yet unique, consequences.

I have researched and written or spoken about academic, employed, and private practice situations on a number of occasions, detailing theoretical advantages, disadvantages, and pitfalls of each model. Theoretically, discussions can be sterile, especially since most job seekers tend to choose a position based on characteristics of particular importance to their personal situation, generally favoring the positive aspects of the job while minimizing the more unfavorable possibilities. The widespread economic hardships faced by our members regardless of practice type or geographic location have laid bare the “dark side” of many employment arrangements, exposing some of the detrimental aspects enforceable by employers.

When selling a practice to or joining a nonphysician entity, such as a hospital system, despite how attractive the offer may be and how favorable the initial terms appear and what a great relationship you may have with the current leadership of the acquiring institution, the original deal that you make will likely be the best you ever see. This scenario has played out repeatedly for primary care and specialty practices across the board. Frequently “second contracts” raise RVU production requirements and alter job-related descriptions, and unfortunately many expand the already existing restrictive covenant, further limiting local options. These realities occur during “normal” practice and economic circumstances, “the best of times,” and much has been written designed to prepare and inform prospective physicians about the benefits and pitfalls to be aware of. One aspect that is not typically addressed widely in the hospital system acquisition model, but has been highlighted in the venture capital model, is the potential and likelihood that the original purchasing entity could itself be purchased by a larger or competing system. Events such as these have the potential to disrupt any prior positive relationships with system leadership and subsequently alter the goals and mission of the organization, resulting in change in employed physician practices.

The last nine months have certainly not represented “the best of times” and the revenue cycle on both the income and expense sides has been dramatically affected despite meaningful governmental subsidy in the United States. Globally, most countries have not had the benefit of additional government support. The current situation has spawned some creative interpretations of existing agreements that have not been favorable to employed physicians. I have spoken to more members about their situations in the last six months than I have in the previous five years. Some of their experiences are eye-opening and worrisome as a higher percentage of physicians become employed, particularly if the employed model persists as is or escalates after the end of the public health emergency.

The following compilation of personally-related experiences have been de-identified and not every situation has been experienced by all interviewees. Early on during the pandemic, physicians were expected, and in some circumstances ordered, to provide care with inadequate protective health equipment (PHE), to practice in areas outside their primary training and practice situation, to accept salary reductions and suspension of benefits, such as education funding and PTO. As practice has resumed, many are getting pressured to generate more revenues by increasing procedures, performing services at a more expensive “site of service,” working more hours, foregoing benefits, and upcoding visits. At some locations, those who complain or do not conform are disciplined or dismissed. I am aware of several instances where physicians were asked to return salary because they did not generate the expected RVUs when facilities were closed, even when they were unable to see patients. It is also important to be aware that these consequences are not limited to individual physicians but apply to entire groups or portions of groups that are seen as noncompliant.

In the upcoming year, President-elect Ken Yanagisawa, MD, and I will be presenting a series of articles in the Bulletin highlighting the real-world experiences of physicians in the various otolaryngology practice models.

Out of Committee: Outcomes Research and Evidence-Based Medicine 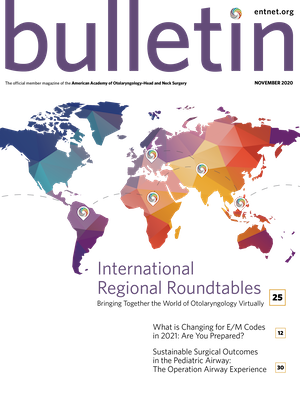 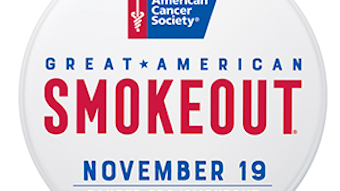 The AAO-HNS supports state and federal legislation and regulations that help reduce the use of tobacco products and exposure to secondhand smoke in order to promote healthy environments and lifestyles for the public. Over the course of the past year, the Academy has worked to promote a variety of anti-smoking-related topics that have an overall impact in protecting children, youth, and adults from the consequences of tobacco and e-cigarette use.

Vaping’s Harmful Effects on Our Patients

Vaping, the use of e-cigarettes or other electronic nicotine delivery systems (ENDS), has increased in recent years as compared with traditional cigarettes. There are multiple harmful effects of vaping, and for adolescents in particular, there are special concerns for harm. Despite recent regulations by the U.S. Food and Drug Administration (FDA), loopholes still exist that allow for sale of flavored ENDS devices to youth. 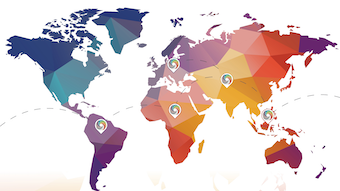 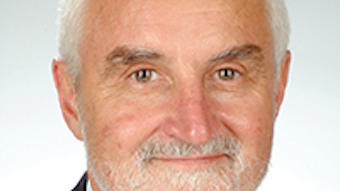 From 1993 to 2017 I served as head and chair of the Department of Otorhinolaryngology, Head and Neck Surgery (ORLHNS) and Sleep Centre at the Mannheim University Teaching Hospital in Mannheim, Germany. Following this I became head of the International Patient Office at the same hospital. 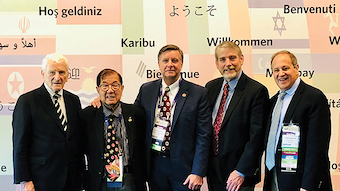 Childhood Impressions Set the Path for Lifelong Experiences and Contributions

My life has always had an international flavor. Both sets of grandparents came from Europe in the early 20th century, and my father’s parents never learned to speak English. Family affairs, particularly at the holiday season, were very old world. My dad, Dr. David Myers, was chair of the Department of Otorhinology at Temple University School of Medicine. 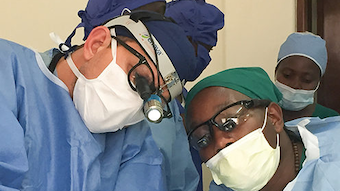 The Spotlight on Humanitarian Efforts recognizes AAO-HNS members who are contributing their time and expertise to otolaryngologic patient needs around the globe. These individuals demonstrate integrity and devotion to humanity through a self-giving spirit. They are outstanding models to emulate in fostering a globally otolaryngology community. For this spotlight, the AAO-HNSF International Affairs Program would like to spotlight Chad A. Zender, MD, for his work with Head and Neck Outreach (HNO) 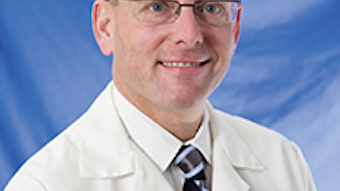 I must admit that when Steve T. Kmucha, MD, JD, sent me this comprehensive historical review of the Carrier Advisory Committees (CAC) all the way through their demise, it brought back many good memories of my many years on the Tennessee CAC. 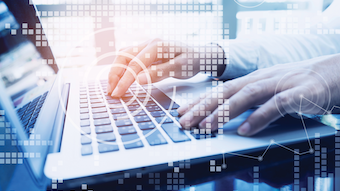 What Is Changing for E/M Codes in 2021: Are You Prepared?

As reported in the June Bulletin, changes to the Current Procedural Terminology (CPT®) coding structure for office or outpatient evaluation and management (E/M) services will take effect on January 1, 2021. 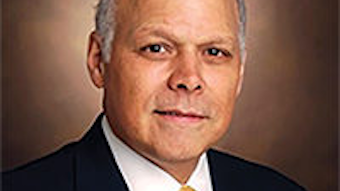 James L. Netterville, MD, has been with the Department of Otolaryngology at Vanderbilt University Medical Center since 1986. As the Mark C. Smith professor of otolaryngology and director of the Division of Head and Neck Surgery, he promotes education and research in both voice disorders and head and neck oncologic surgery, his specialty. In addition, he is the associate director of the Bill Wilkerson Center for Otolaryngology and Communication Sciences. 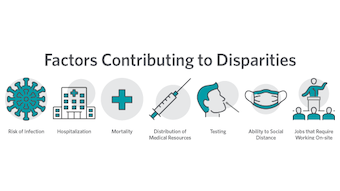 COVID-19 and Racial Disparities: An Update

Early in the pandemic, the widespread, disproportionate impact of COVID-19 was evident among minorities, particularly Hispanic, Black, and Native American communities in the United States. This has been repeatedly demonstrated through different types of analyses, including evaluations of relative cases, hospitalizations, and deaths. 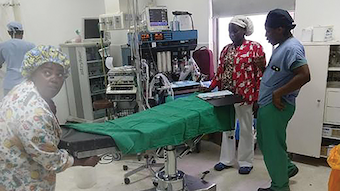 I want to express my gratitude for the AAO-HNSF Humanitarian Travel Grant that allowed me to travel to Kenya and participate in efforts at the AIC Kijabe Hospital. I had the privilege of working with Dr. David Nolen’s practice, an alumnus of my own residency program. This experience was even more valuable than I had expected, and I look forward to applying the skills I gained, and lessons learned. 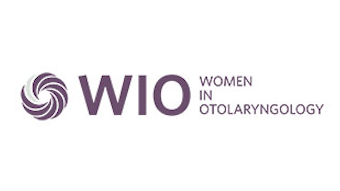 The 10th anniversary celebration of the establishment of the Section for Women in Otolaryngology (WIO) and the WIO Endowment (WIOE) was held on October 3, during the AAO-HNSF 2020 Virtual Annual Meeting & OTO Experience. 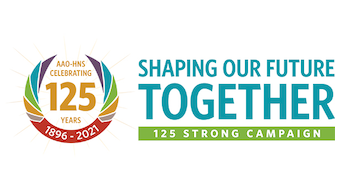 This year the AAO-HNS/F is celebrating our 125th anniversary as a specialty organization. We are planning a number of events to commemorate our history that will culminate at our AAO-HNSF 2021 Annual Meeting & OTO Experience in Los Angeles, California, October 3-6, 2021.

Why Going Global Is More Important Than Ever

I had the great honor and privilege to serve on the Global Panel Presentation at the International Advisory Board (IAB) General Assembly held during the AAO-HNSF 2020 Virtual Annual Meeting.