History of Otology: A Tribute to Adam Politzer

Albert Mudry’s History of Otology is fittingly subtitled: A Tribute to Adam Politzer. It has been more than a century since Politzer published his classic Geschichte der Ohrenheilkunde (History of Otology) in 1907. His ambitious volume represented the first comprehensive book length treatment of the subject and has long been the standard reference source on otological history.

Albert Mudry’s History of Otology is fittingly subtitled: A Tribute to Adam Politzer. It has been more than a century since Politzer published his classic Geschichte der Ohrenheilkunde (History of Otology) in 1907. His ambitious volume represented the first comprehensive book length treatment of the subject and has long been the standard reference source on otological history.

It would not be accurate to consider Mudry’s new volume merely an updated edition of Politzer’s classic. While Mudry’s treatment of the subject mirrors Politzer’s chronological approach, and both works cover the same era (antiquity through the mid-19th century), this contribution is fundamentally a new work. As such, it was created more in the spirit of an homage to Politzer, as an act of reverence and tribute rather than an effort to modernize a book that was reflective of its time and place. 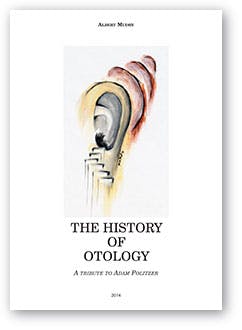 As scholars, the similarities and contrasts between Politzer and Mudry are noteworthy. Each dedicated themselves to excellence in both clinical otology and teaching; each prolific authors with extensive published scholarship; and each ardent bibliophiles with extensive personal libraries of historical texts. However, their career paths diverged in important ways. Politzer only undertook his History of Otology at the end of his nearly a half century of practicing otology.

Politzer is better known for his Lehrbuch der Ohrenheilkunde (Textbook of Otology), written during the prime of his career, which is widely acknowledged to be the dominant textbook of its era. This clinical textbook appeared an impressive five editions during three decades (1878–1909). Politzer was an erudite scholar who routinely included historical context in his publications, but he lacked formal training as an historian.

Mudry, in contrast to his predecessor, is a classically trained historian with a PhD in history from the University of Lausanne. Unlike Politzer, Mudry has dedicated his entire career as a scholar to the study of otologic history. Among otologists who publish historical work in the field, he is the only one who possesses advanced training in historical research methods. It is not coincidental that one of Mudry’s most noteworthy contributions has been his 333-page biography entitled: Adam Politzer, A Life (Wayenborgh S.A. 2010).

As a 21st century historian, Mudry had several important advantages over his predecessor. Benefiting from today’s international marketplace for old books, journals, and manuscripts, Mudry has amassed an impressive personal library in otological history of some 1,200 items (Politzer’s library possessed a mere 229 works). 1

Politzer principally used historical resources in Vienna libraries and a few other European sites. Aided by modern high-speed travel and bibliographic search engines, Mudry has scoured the world for primary source historical material that was not readily available to Politzer. Today, many of the more common historical otological texts and journals are available online in full text, greatly expediting their study. Despite these modern conveniences, creation of a comprehensive compendium of otological history from entirely original sources remains a Herculean task.

Important sources can be rare, at times unique, and are widely dispersed geographically. They appear in a diversity of languages with most of the earlier references written in Latin or Greek. A key skill of both Politzer and Mudry is a broad facility for languages. Politzer’s history was written in German, the dominant language of scholarship in its time, and not translated into English for three-quarters of a century (1981).  Mudry’s work appears in English, the more widely accessible language of the present time. In another notable enhancement, the new edition, unlike Politzer’s, contains historical illustrations.

Writing a century after Politzer, Mudry has the added perspective and context provided by the dramatic evolution of otology during the 20th century. During this era enormous advances in our understanding of ear physiology and disease processes were achieved. Revolutions in technology such as microscopic surgery, electric drills, and electronic hearing aids greatly enhanced the otological armamentarium. I was pleased to learn that Mudry has plans to complete a thorough study of the second half of the 19th and entire 20th century. This promises to be a most welcome and valuable contribution.

Politzer’s 1907 Textbook of Otology was a masterful effort for its time, but nevertheless had limitations in scope, depth, and also contained more than a few errors, omissions, and inaccuracies. Mudry’s new volume surpasses Politzer’s efforts in its comprehensiveness, accuracy, depth of coverage, and exclusive use of primary sources. It shares one important attribute with Politzer’s 1907 text—that it is unlikely to be surpassed in the coming century. There can be little doubt that Politzer would be pleased that care of his legacy has passed to such capable hands. 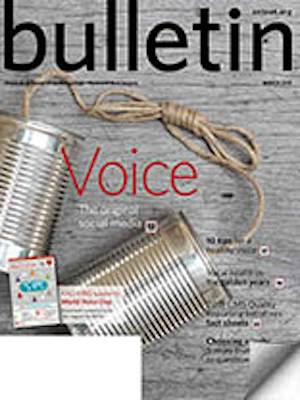 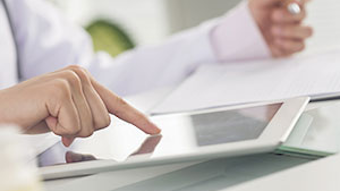 This year, physicians will be subject to new requirements for many Centers for Medicare & Medicaid Services (CMS) quality reporting initiatives. To help you understand the reporting requirements, the Academy’s Health Policy team has once again created one-page fact sheets for each of the CMS initiatives. 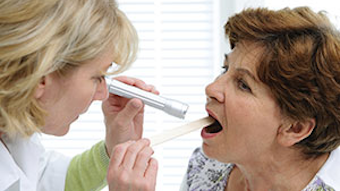 Vocal health into the golden years

With advancing age, our voices may sound “old” and weak. This may affect quality of life in many ways. For example, it may be difficult for others, especially those with hearing loss, to hear us, and result in withdrawal. There is sometimes a tendency to think that the undesirable voice qualities associated with older age must be accepted and are an inevitable consequence of aging. 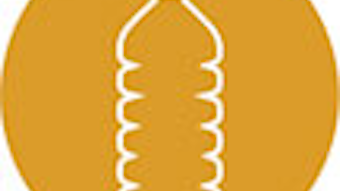 Voice problems are usually associated with hoarseness, which is defined as a disorder characterized by altered vocal quality, pitch, loudness, or vocal effort that impairs communication or reduces voice-related quality of life.1 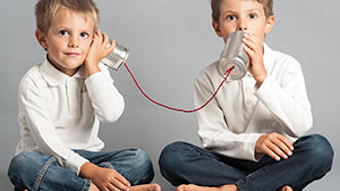 VoiceSocial media is no competition for the human voice

Social media is no competition for the human voice By J. Ongkasuwan, MD, assistant professor at Baylor College of Medicine, Houston, TX, for the AAO-HNS Voice Committee The theme for World Voice Day 2015 is “Voice: The Original Social Media.” So what is social media? The Merriam-Webster online dictionary defines social media as “forms of electronic communication through which users create online communities to share information, ideas, personal messages, and other content.” 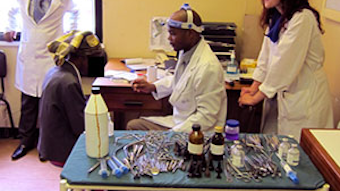 I spent January 26–February 23, 2014, on a surgical rotation at Parirenyatwa Hospital (“Pare”), the main teaching hospital of the University of Zimbabwe in Harare. There are only seven consultant otolaryngology attendings in the entire nation of Zimbabwe, which has a population of 14 million people.

Society of University Otolaryngologists meeting a successExpanded from the print edition

The annual meeting of the Society of University Otolaryngologists (SUO) took place in Chicago, IL, November 7-9, 2014. The meeting was combined with the Association of Academic Departments of Otolaryngology and the Otolaryngology Program Directors Organization.

Thank you to our 2014 ENT PAC Leadership Club Investors* 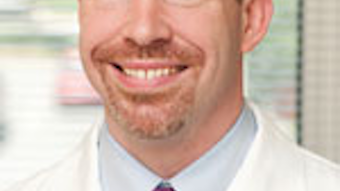 BOARD OF GOVERNORSOnce you’ve found your voice, use it!

With the Leadership Forum this month and World Voice Day in April, I cannot think of a better opportunity to provide this exhortation. However, what sounds so simple also can be an incredibly daunting task for the young and elder physician alike. At first, I was afraid to get involved because I was not sure if my voice was strong enough or even desired. 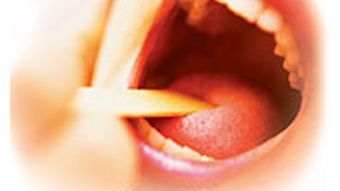 Recent studies show that screening for, and early detection of, oral, head, and neck cancer is more important than ever for two reasons: oropharyngeal cancer caused by human papillomavirus (HPV) infection is on the rise, especially among younger adults; and HPV-positive cancer carries a better chance of survival than HPV-negative cancer if it’s caught and treated early.

Membership in AAO-HNS/F is an investment in your success

Did you know? When you joined the American Academy of Otolaryngology—Head and Neck Surgery, you immediately gained access to a network of esteemed colleagues, high-quality education and conferences, and valuable resources. But did you know that Members often recover several times their annual dues by taking advantage of exclusive Members-only benefits?

The Academy is a voice

I was Chair of the BOG in 1999 when the AAO-HNS was a driving force in the creation of “World Voice Day.” April 16 will mark the 17th celebration with its theme this year “Voice: The Original Social Media.” This event has been instrumental in the recognition and advancement of voice science.

For all who care for the voice

I have a vivid recollection of a patient I encountered early in my residency. I “worked him up” the day before his scheduled laryngectomy for supraglottic cancer. As I watched him read his informed consent form, he seemed calm and resigned to the dire necessity of the surgery. But that evening, as I pulled out of the parking garage on my way home, I saw him sitting on the front steps of the hospital, talking into a cassette tape recorder. He wanted to save a sample of his voice, which he would otherwise never hear again.