Committees are the lifeblood of the AAO-HNS/F and a great way for members to contribute meaningfully to the organization and the specialty. At the AAO-HNSF 2014 Annual Meeting & OTO EXPOSM in Orlando, Florida, Academy and Foundation committees met and discussed achievements during the past year and planned for 2014.

Committees are the lifeblood of the AAO-HNS/F and a great way for members to contribute meaningfully to the organization and the specialty. At the AAO-HNSF 2014 Annual Meeting & OTO EXPOSM in Orlando, Florida, Academy and Foundation committees met and discussed achievements during the past year and planned for 2014. The following pages contain brief summaries of actions taken by the committees during the 2013 to 2014 committee term.

To view a list of current committee members, please referrer to the November, 2014 Bulletin, or visit www.entnet.org/committees.

To join a committee, visit www.entnet.org/committees and fill out an application before the February 3rd, 2014 deadline.

Chair reviewed the accomplishments for the Geriatric Otolaryngology Committee for the past year, including educational offerings:

During the past year, several Plastic and Reconstructive Surgery Committee members provided comments on a request from Wellpoint to review its Recombinant Human Bone Morphogenetic Protein and Other Osteoinductive Bone Grafts Substitutes Policy. Additionally, just as the committee did in 2013, a Miniseminar entitled Coding and Precertification Strategies for Nasal Surgery was prepared and submitted for presentation at the 2014 Annual Meeting & OTOEXPOSM. Although the Miniseminar didn’t make it into the final program in 2014, the committee plans to re-work and present again for the 2015 Annual Meeting & OTO EXPO.

Two position statements were worked on this past year. They included:

The Otolaryngology Historical Society (OHS) again conducted its popular annual meeting and reception with four presenters whose topics will be published in the Bulletin. Volunteers from the committee staffed the OHS booth in the Central lobby in Orlando. Dr. Robert Jackler organized a fascinating Miniseminar on the “Practice of Otolaryngology circa 1900,” with speakers Eugene N. Myers, MD; J. Regan Thomas, MD; Robert Ruben, MD; Lanny Close, MD; and Steven Zeitels, MD. The Bulletin now carries a monthly historical article with an OHS information box. Committee chair Dr. Larry Lustig is part of the task force reviewing the historical collection now housed at the History Factory, Chantilly, VA. For the 2015 meeting in Dallas, the committee will submit Miniseminars on the history of women in otolaryngology and “Illuminating the Darkness”—a history of endoscopy, laryngoscopy, and the evolution of visualization.

Dr. Pablo Stolovitzky, Regional Advisor for Latin America, organized another successful Latin American webcast, which reaches audiences who cannot attend the Annual Meeting. Committee chair Dr. Juan Manuel Garcia Gomez is the president of the Panamerican Congress of ORL-HNS in Cartagena, Colombia, October 26-29. The program included numerous Academy speakers and a joint meeting of the Academy and the Colombian Society was conducted in conjunction with the Congress. The Panamerican and International Steering Committees together with the Guidelines Task Force are looking into translating Guidelines Executive Summaries into Spanish and other languages to post on the website. The resident exchange program launched by Committee chair Dr. Juan Manuel Garcia Gomez, with Drs. Pablo Stolovitzky, Gregory Randolph, and Mark Zafereo, has already hosted eight U.S. and Latin American residents in U.S. programs and programs in Colombia, Mexico, and Venezuela. The committee welcomed the 2014 Antonio de la Cruz Visiting Scholar Dr. Ta Ju Liu of Paraguay, and the Nancy L. Snyderman Visiting Scholar Dr. Ariane Borroto of Havana, Cuba. The Bolivian Society of ORL recently became an International Corresponding Society, bringing the total to 56, of which 14 are Latin American.

The Education Steering Committee provided leadership on several initiatives in 2014, including completion of the Otolaryngology Lifelong Learning Manual, Third Edition. The manual will be released in early 2015. All eight education committees contributed to the release of the first update for the AcademyQ® Knowledge Assessment app. The update includes 400 new questions and it is now available for both iTunes and Android markets. In addition, the education committees reviewed 37 expiring courses, published 28 Online Lectures and 10 clinical fundamentals courses, and submitted 120 questions to use for the Academic Bowl and the Question Bank. The committee also provided leadership to the Education Needs Assessment Initiative and in determining critical next steps in the evolution of AcademyU® including the implementation of an Education Gap Analysis. Richard V. Smith, MD, has been announced as the next Coordinator of Education and he will take over for Sonya Malekzadeh on October 1, 2015.

The committee continues to provide policy and content oversight to the Coding and Reimbursement workshops conducted regionally each year. The Coding and Reimbursement workshops included a new course offering for ICD-10 Training for ENT. Its members serve as experts in ever changing coding and practice management issues. In addition, the committee produced a Home Study Course on “Clinical Competency Issues.” Committee members contributed to the Education Gap Analysis.

The committee provided leadership to the fourth successful ENT for the PA-C conference conducted in conjunction with SPAO in Pittsburgh. The committee produced a Home Study Course on “Trauma and Critical Care,” and is currently working on an update to the Geriatrics eBook available on AcademyU. Also, the committee conducted its popular review course for the second year at the Annual Meeting in Orlando. Committee members contributed to the Education Gap Analysis.

The committee is currently developing a Home Study Course on “Neoplastic and Inflammatory Diseases of the Head and Neck” for release in February 2015. The committee released a PMP course on “Adult with a Neck Mass” in October 2013. In addition, the committee assisted in publishing the Reference Guide to TNM Staging of Head and Neck Cancer and Neck Dissection Classification eBook available on AcademyU. The committee also developed a popular Review Course for the Annual Meeting in Orlando. Committee members contributed to the Education Gap Analysis.

A Home Study Course on “Laryngology, Voice Disorders, and Bronchoesophagology” is in production for November 2014 release. The committee also created a PMP titled “Neonate with Stridor” that was released in May 2014. Committee members contributed to the Education Gap Analysis.

The committee is producing a Home Study Course on “Otology and Neurotology” for release in April 2015. The committee produced a PMP issue titled “Adult with Single-Sided Hearing Loss” in September 2014. Committee members contributed to the Education Gap Analysis.

The committee worked in conjunction with ASPO to produce 10 additional webinars for the Pediatric Otolaryngology Continuing Education Webinar Series. Each of the webinars focused on a pertinent pediatric otolaryngologic topic relevant to the practicing otolaryngologist. The committee is producing a Home Study Course on “Congenital and Pediatric Problems” to be released in September 2015. Committee members contributed to the Education Gap Analysis.

The committee published a Home Study Course on “Rhinology and Allergic Disorders” in September 2014. The PMP “Adult with Recurrent Rhinorrhea” was released in November 2013 and a second titled “Adult with Epiphora” was released in April 2014. The committee also developed a very popular Review Course for the Annual Meeting in Orlando. Committee members contributed to the Education Gap Analysis.

Board of Governors (BOG) Committees

Representatives from Board of Governors societies from across the country were well-represented during the March 2014 AAO-HNS/F Leadership Forum and during the September 2014 AAO-HNSF Annual Meeting & OTO EXPO.

For the past year, the group focused on the following:

Section for Residents and Fellows-in-Training (SRF)

The Section for Residents and Fellows-in-Training (SRF) functions as an advisory board to the Board of Directors (BOD).

Over the past year, the SRF has been extremely busy with a variety of projects.The following are a few highlights:

At the Annual Meeting, Monday was once again officially recognized as Residents Day with several special events geared towards residents. The Section conducted a well-attended General Assembly meeting. During the session, attendees elected the following new officers:

The Women in Otolaryngology (WIO) Section seeks to support women otolaryngologists by identifying their needs, fostering their development, and promoting women as leaders in the specialty. 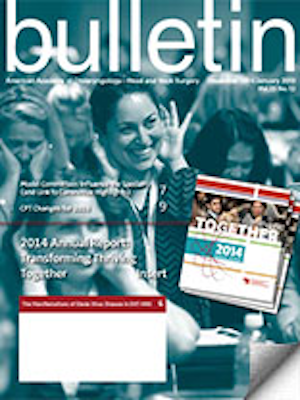 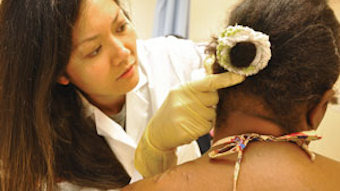 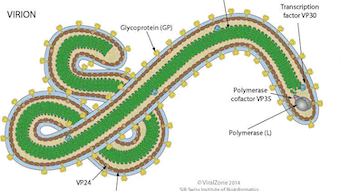 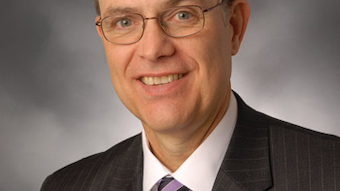 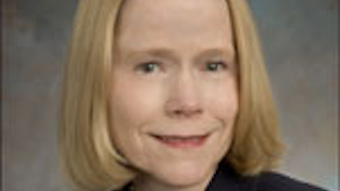